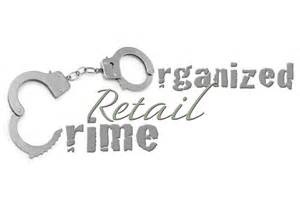 Organized retail crime isn’t the same thing as personal-use shoplifting. These are professional thieves who steal merchandise, use stolen personal information and credit cards, print bogus receipts, and come up with hundreds of other ways to get product into the black market. Retailers lose billions annually to ORC, but it’s the consumer who’s more at risk when thieves repackage, relabel, and resell merchandise that is expired, improperly stored, or otherwise tainted.

It’s important to note, too, that ORC gang leaders prey on today’s opioid abuse epidemic. They know that there are people on the street willing to do whatever they can to get a few dollars for their habit. They’re an easy target for the fences, who pay the addicts a few dollars to go into the stores and steal based on a list of products in demand on the black market. Diabetic test strips, razor blades, face creams, smoking cessation products, baby formula, power tools, laundry detergent, designer clothing – they’re all in demand, easily concealed, and valuable.

The law signed today by Governor Cuomo will make it tougher for ORC gangs to travel from county to county on their stealing sprees. We thank him for recognizing the danger to consumers and the cost to merchants, and we are grateful to Assemblyman Michael Cusick and Senator Michael Venditto for their dedication to shepherding the measure through the Legislature.

This is an important first step in combatting ORC and all its ancillary dangers.