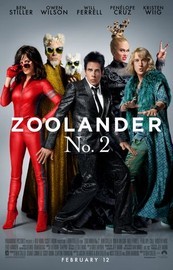 Governor Andrew M. Cuomo today announced the Governor’s Office of Motion Picture and Television Development has received its landmark 300th application for the state’s post-production tax credit, marking a new milestone since the Governor championed a law strengthening the credit in July 2012. The record number of applications in the past four years is evidence of how this innovative industry has soared under the enhanced credit, creating jobs and driving investment in new technologies. 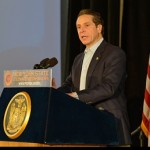 “Our efforts to attract world-class film companies and unparalleled talent to New York have been a tremendous success, creating thousands of jobs and new opportunities for communities statewide,” Governor Cuomo said. “By incentivizing film companies to move to the Empire State, we are transforming New York into a global hub for post-production and successfully positioning ourselves to generate billions of dollars in economic activity for decades to come.”

The 300 project applicants, most of which filmed elsewhere but opted to do their post-production work in the Empire State, are projected to spend over $340 million in-state and make more than 3,600 hires statewide. By comparison, just 18 productions applied for the post-production credit in the 18 months before the program was revamped in 2012, resulting in just $38 million in New York spending and 224 hires.

“Thanks to Governor Cuomo’s leadership, our production and post-production incentive programs are stronger than ever,” said Empire State Development President and CEO Howard Zemsky. “The 300 applications that have come in since the post-production credit was expanded in 2012 will continue to result in more investment in New York State and more jobs for New Yorkers.”

Post-production includes all of the editing after filming is complete and includes visual effects, color correction, sound editing and mixing. The industry also includes thousands of other jobs, from engineers and messengers to creative and support staff. The strengthened law was designed to expand state support by specifically focusing on attracting post-production work to communities in all corners of the state. At a time when other states have seen their film tax credits weaken or disappear, New York’s strengthened credit supports a robust industry cluster which has become a major source of direct and indirect employment and economic opportunity for hundreds of thousands of people.

Editor’s note: A consensus of movie critics have surmised, “Zoolander 2 has more celebrity cameos than laughs — and its meager handful of memorable gags outnumbers the few worthwhile ideas discernible in its scattershot rehash of a script.” – Rotten Tomatoes