Syracuse Becomes the First City in the United States to Partner with Whoosh
Miner: Whoosh Shows Syracuse is at the Convergence of Opportunity and Innovation

SYRACUSE, N.Y. – Mayor Stephanie A. Miner announced that starting today motorists looking to park in Downtown Syracuse will have a new, high-tech option to pay for parking. A new mobile phone application, Whoosh, has gone live and will allow individuals to pay for parking directly from their devices. The app, which is in use in over 30 sites in the United Kingdom and France, will make its United States debut in the City of Syracuse. 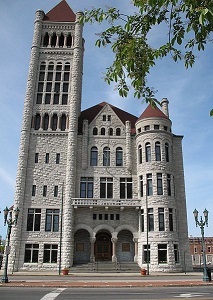 “Bringing Whoosh to Syracuse shows that the City of Syracuse is at the convergence of opportunity and innovation,” said Syracuse Mayor Stephanie A. Miner. “This new app will increase convenience and efficiency for residents and visitors in Downtown. The fact we are deploying this app now shows that we are a leading, twenty first century city where we are private enterprise is eager to expand and utilize the market we have to offer.”

Miner announced the arrival of Whoosh in her 2014 State of the City address. Whoosh is a download available on iOS or Android devices. Users download the app, register their vehicle’s license plates and a credit card to which they will charge their parking payment. There is a convenience fee of .35 cents added to each transaction.  To pay for parking, a user can open the app on their phone, choose their vehicle, and enter an amount of time they would like to park. A notification is sent to the user’s phone alerting them to the end of their parking session. There is also an option to extending the parking session as it expires.

Miner, who made the announcement during a press conference today in Armory Square, said that in the coming weeks a group of representatives from Whoosh dressed in bright pink shirts will be in Armory Square giving tutorials and providing information on the system. The Whoosh system will be deployed initially in Armory Square but later expanded throughout Downtown Syracuse and the University Hill area.