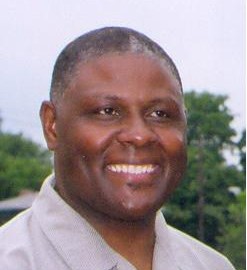 On Dec. 17 the Miner administration made one of its most important announcements; Frank Fowler had been selected to become the next Police Chief of the City of Syracuse. As Deputy Chief of the Community Services Bureau for five years Fowler developed a reputation as an individual who’s engaged with community issues, is approachable and can be seen at many neighborhood meetings dealing with quality of life issues.

In a release from the Mayor’s office Fowler said, “I am excited to have the opportunity to work with the new mayor and to build better relationships between the Police Department and city residents, with the goals of strengthening our neighborhoods and improving the quality of life for all residents in our city. I am confident that together we can rebuild our city street by street and block by block.”

Those who’ve met Chief Fowler will find that he knows the city and its neighborhoods having been with the Syracuse Police Department since 1989. Fowler’s personable and approachable. His appointment can be viewed as an acknowledgement of Gary Miguel’s style and influence on Syracuse’s Police Department. There was a time when you’d never have a conversation with your police chief, they were held high above the grade and your only hope for communication was to know the right person and hope. Those days are gone now.

The appointment of Fowler means more than just another African-American as Police Chief it’s an affirmation of a commitment to inclusion in an era where we’re getting away from pinning-a-tail on the person who’s “the first.” Look at how far we’ve come given Syracuse’s history of federal government criticism for discriminating against minorities, being threatened with funding sanctions to having an African-American Police Chief who’s a 20 year law enforcement professional and not, “the first.”

There will be critics (and there are) in the blogosphere and especially on Syracuse.com who claim that Fowler’s is just a “race-based” selection. These attitudes are reminiscent of a past where an African-American could not join the Syracuse Police force, a woman or minority couldn’t dream of growing up to become a firefighter. These bigots haven’t disappeared; instead they’ve gone underground and now hide behind anonymity on the Internet.

The appointment of Frank Fowler as Police Chief is not a panacea for race relations in fact there are still issues in the Syracuse Police and Fire Department’s ability to recruit and retain minorities. There have been reports of active campaigns to drive some African-Americans out of the Fire Department, they (African-American recruits) dare not complain or they’ll never make it through their initial training phase.

This appointment is a good start for our new Mayor, now comes the ongoing task of selecting appointee’s that resembles the diversity that is Syracuse 2010.