As a Politics major to obtain your degree, one of the required courses was Statistics. Prior to taking the class I was unaware of what went into the actual process, how do you arrive at the numbers? I gained a basic understanding of sampling, margins of error, standard deviations, etc. The class projects and book examples made a statistics believer out of me, as a young, math hating college student.

After two consecutive national elections where the Pollsters got it wrong, again. What’s the hackneyed adage, “Fool me once, shame on you, fool me twice shame on me.”  As the professionals weighed in, Charlie Cook of The Cook Report announced with bravado, “Don’t Expect a Contested Election”, and FiveThirtyEight’s forecast, “Biden has a 90% chance of winning”, National Prognosticators Weigh in On Election Day: The Cook Political Report and FiveThirtyEight. Both appear to be as accurate as the route Christopher Columbus plotted as he set course towards what he thought was India.

After this fiasco, I have more confidence in a Strippers Pole than the kinds of Political Polling we’ve had to endure and their now questionable results.

There is always forewarning in the teeny tiny print at the bottom of a poll, “the margin of error is …” more often than not, it appears as though we’re right smack in the middle of a lot of the margins. Not a surprise neither The Cook Report nor FiveThirtyEight has posted any analysis as to what happened to their numbers.

Another argument could be that we are in uncharted territory with COVID-19, mail voting, absentee voting. 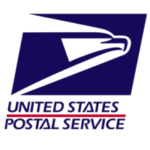 Don’t forget the Trump Administration led US Postal Service delivery slowdown. As late as November 3rd   according to NY Attorney General Latitia James, Judge Emmet Sullivan of the U.S. District Court for the District of Columbia issued a minute-order in which he instructed the United States Postal Service (USPS) to immediately send postal inspectors or inspectors from the USPS Office of Inspector General to post offices in various cities and states across the country to sweep for any ballots that have yet to be delivered and send them out immediately.

The court order forces the USPS to — by 3:00 EST on Election Day — have the USPS conclude a sweep of all facilities in the following jurisdictions for ballots that have yet to be delivered:

The post offices in all of the above-mentioned jurisdictions have continued to receive low internal ratings from the USPS. 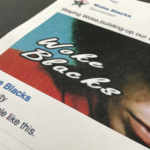 Prior to the election it was widely circulated that Russian operatives were seeking to shave off some Biden’s support among Black men. And like clockwork within hours of Election Day, Ice Cube, 50 Cent and Lil Wayne either supported Trump or reported that they were in communication with the President who is known for his racist views, verbiage, and actions.  According to multiple reports this was a well thought out plan. They didn’t have to get “The Black Vote” just dissuade a sliver of Black men to stay home.

In 2019, A Senate inquiry has concluded that a Russian fake-news campaign targeted “no single group… more than African-Americans.” It said,” Russian operatives used social media to deter black people from voting and planted subtly racist content to incite conflict between ethnicities.” The report came two years into the Senate Intelligence Committee’s investigation into the 2016 election.

In 2024 let’s just cut the shenanigans and retain Punxsutawney Phil, the Groundhog, from Pennsylvania who foretells how many weeks are left until Spring.  He can’t do any worse than the political prognosticators, who are eerily quiet the morning after Election Day 2020.