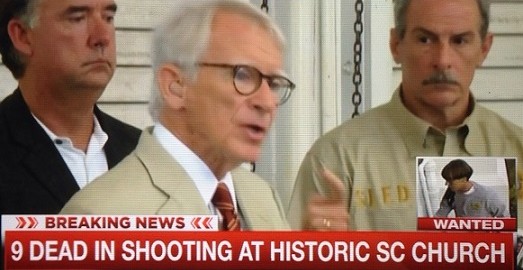 Local Law Enforcement Officials have called this, “a hate crime”

A man opened fire at a historic African-American church in Charleston, S.C.  The individual was attending a scheduled Bible Study at the Emanuel AME Church. Upon arrival the shooter asked, “Who is the Pastor” reportedly sat in study for an hour, then turned his gun on 10 victims out of the 13 in attendance, 9 have died.  Included among the 9 who lost their lives was Pastor and State Senator, Clementa Pinckney. 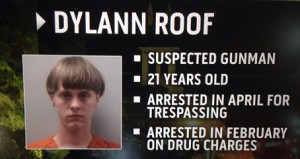 There were three males and 6 females killed. Names are expected to be released once next of kin are notified.

The killer is described as being a white male, in his early 20’s wearing a grey shirt black pants and brown boots.  Authorities are already getting tips as to the identity of the suspect, who is still at large as of this morning.

According to reports the shooter made a statement after he shot 10 people, “You rape our women, and taking over our country and you got to go”

Update: The gunman has been apprehended, reportedly been identified as Dylann Storm Roof, 21 who had attended Knoll High School in Columbia, according to his Facebook page.