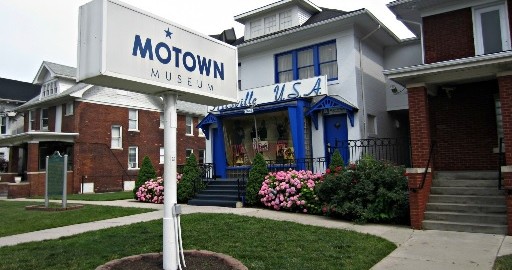 Let us celebrate National Music month by revisiting our music heritage contributors and keeping the history alive.  I recently revisited Motown in Detroit, Michigan, while going there to attend a funeral of a relative. I did not hesitate going by the historic Motown site.

Therefore, I went to visit the historical Motown USA (Hitsville) Museum. Motown is an American record company that was founded by Berry Gordy, Jr. as Tamla Records on January 12, 1959 and incorporated as Motown Record Corporation on April 14, 1960 in Detroit, Michigan.

The combination of Motor and Town, has also become a nickname for Detroit, according to Wikipedia, the free encyclopedia. There are educational guides that give the entire history of Motown.  Motown is one of the most influential independent record companies in American history.

Hitsville USA is the nickname given to Motown’s first headquarter, located at Grand Boulevard in Detroit, Michigan.  The Motown Musical is being presented and performed across the country, bringing great recollections of the Motown sounds that we may never forget.  Such artists that recorded and embedded a profound music sounds were Michael Jackson, The Jackson 5, Marvin Gaye, Stevie Wonder, Berry Gordy, Diana Ross and the Supremes, Temptations, Smokey Robinson, Four Tops, the Miracles, Martha & the Vandellas, Lionel Richie, Commodores, Marvelettes, Tammi Terrell, The Funk Brothers and the list goes on.  See the full list of Motown artists from the 50’s to the 2000’s.

Let us celebrate each others culture by appreciating the diversity and global contributions.  Coming Soon! The Month of September is Gospel Music Heritage Month. Let’s continue celebrating.