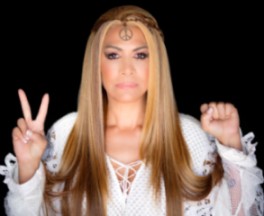 Singer, percussionist and author Sheila E will bring her soulful hits to the Chevrolet Music Festival with a free 2 p.m. performance Sunday, Sept. 1 on the Chevy Court stage during the 2019 Great New York State Fair. It will be her debut appearance at the Fair.

“We’re very excited to bring Sheila E to Chevy Court. From ‘The Glamorous Life’ to the work she did with Prince to her exciting current music, Sheila E is a performer with a lot to say. This will be a show that should not be missed,” said Fair Director Troy Waffner.

Sheila E joins a lineup of exciting and diverse performers that includes:

Sheila E. has established herself as one of the most talented percussionist/drummers and performers in the world. She became a top session and touring musician before the age of 20, performing and/or recording with George Duke, Herbie Hancock, Billy Cobham, Con Funk Shun, Marvin Gaye, Diana Ross, Lionel Richie, Gloria Estefan, Patti LaBelle, and Stevie Nicks among others.

In recent years, Sheila E. has served as drummer of Ringo Starr’s All Star Band and musical director for the likes of Jennifer Lopez, Beyonce’ Knowles, and Prince. Her producing, arranging, and performance talents have been showcased on the Latin Grammy Awards, Summer Olympics, WOW Awards, ALMAs, The Image Awards and the Academy Awards. Sheila was nominated for an Emmy Award for Outstanding Music Direction in recognition of her leadership as musical director for President Obama’s “Performance at The White House: Fiesta Latina.” Recently, she released a powerful album, “Iconic: Message 4 America,” which highlighted social injustice.