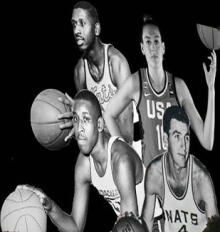 There’s money available for economic development made possible by recent Congressional appropriation, spending it on a mural made by a millionaire is a gross misuse of “recovery funds”. This spending does nothing to get our community out of the pandemic induced recession. $75,000 could buy a lot when 31% of its residents live in poverty, only 68% with internet, our per capita income is only $23,090. We lead the nation in concentrated poverty. I have nothing against those being memorialized by this piece of art, or Mr. Malfitano. However, snatching money from Recovery funds for this project is fundamentally flawed. How many local people going to benefit from this? Was this the intention for the funds awarded by Congress? A $75,000 mural not even painted by a local artist, Jonas Never is Los Angeles based.

Spending recovery funds for this project is wrong when our children do not have basics. What about us? The residents of Syracuse? We have so many issues that we can afford to place pictures on buildings with public funds? I’m saying, no. If the project has merit and community support then they should be capable of raising the funds for the mural.

We’ve invested in a new stadium at Fowler High School in clear view S. Geddes Street. Large portions of the street suffer from urban blight.  And yet, a mural is going to give us a little more civic pride.

We have serious problems in this city, especially in Pat Hogan’s Common Council 2nd District. Raw sewage seeping into the basement of homeowners is not unusual. Junk yards in areas zoned residential occupy the 2nd District like tumbleweeds comingled with urine-soaked store entries at Geddes Street Plaza. While people are living in the nastiest housing conditions imaginable in some of our largest apartment complexes and yet a mural takes priority.

What’s the benefit to the city by having sports figures on a wall? No public hearings, do we have any say? How many Black owned businesses could be helped by that money? Hmmm? How many meetings were held? Any public meetings? No.

Mr. Hogan is quoted as saying the mural is good for…of all things “economic development.” 10 businesses could have received grants of $7,500 from the city for their pandemic recovery efforts. 3 minority businesses could be given grants of up to $25,000 for their business inventory or other ancillary business purpose. And let us not forget our brick-and-mortar arts community, they provide true economic development through their productions.

Common Councilor Pat Hogan is also quoted talking about these athletes as “pioneers for social justice” and that the mural will “allow the community to look forward to the future while remembering the past”.

There are so many other uses for $75,000 that could benefit our community, that would meet the criteria of recovery. Somehow this mural leapfrogged over other concerns and became a priority.  We had news coverage when the NAACP gave a city school 4 computers for needy students. $75,000 could have purchased 357 Chromebook computers for Syracuse City School District students. Instead, they can go look at a mural.