Oswego, N.Y. – National Grid is partnering with the City of Oswego on a renaissance that is transforming the city’s downtown and further boosting the region as a tourist destination. The $250,000 economic development funding from the company’s Urban Revitalization Program is helping defray the costs of the city’s Market Street Pocket Park & River Walk Enhancement Project, turning a once dead-end space into a new, dynamic park that connects visitors to the Oswego riverfront. 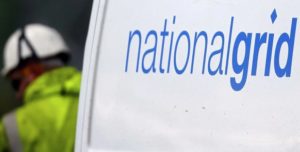 The company and the City of Oswego are longtime partners working together on infrastructure improvement projects that support the city’s growth and new development, including replacing aging steel trolley poles with new electricity lines and concrete poles along Bridge Street and upgrading the underground electricity network near Bridge and West First Streets. National Grid is also working with the city on coordinating future enhancement projects to meet new permitting procedures.

“I appreciate National Grid’s commitment to help beautify our downtown area and further enhance the drastic improvements we’ve already made to Water Street and the new Water Street Square mini-park,” said Oswego Mayor Billy Barlow. “Water Street Square has already proven to be a great addition to downtown, providing a new and unique venue for entertainment and excitement. National Grid’s commitment to assist with burying power lines and replacing aging infrastructure will complement the area and adds to the significant amount of progress currently taking place in downtown Oswego.”

The $250,000 Urban Revitalization grant helped the City of Oswego offset $1.2 million in costs on the public works infrastructure enhancement project that converted Market Street into Water Street Square and connected West First Street to a pedestrian streetscape along Water Street and the Riverwalk Trail. The images below provide a before and after illustration of the transformation.

“Our partnership with the City of Oswego is helping bring these projects to life and drive the revitalization of the downtown business district,” said Alberto Bianchetti, National Grid’s Central New York Regional Director. “Through our Urban Revitalization Program, we will continue to work alongside community leaders to invest in projects that transform our communities and raise public awareness of all our region has to offer.”

Mayor Barlow noted that the project will improve existing public spaces and connect downtown to the riverfront while contributing to the area’s social, cultural and arts events. It will help draw more people to enjoy local businesses and the scenic views of the Oswego riverfront. Water Street Square will enliven the once dead-end space that detracted from the heart of the city into a vibrant area that will draw people to visit, shop and enjoy downtown.

The Market Street Pocket Park & River Walk Enhancement Project is part of a portfolio of projects awarded funding in 2016 through the City of Oswego’s $10 million Downtown Revitalization Initiative.

Since the start of the program in 2003, the company has completed 25 projects totaling $7.8 million, providing matching grants of up to $250,000 to local municipalities, development corporations, universities, and medical complexes undertaking major neighborhood revitalization projects.

The program is among a suite of National Grid Shovel Ready economic development incentives that are used extensively in communities across the company’s upstate New York service area. The company has funded 1,600 projects across upstate New York totaling more than $124 million in grant funding, creating or retaining an estimated 57,000 jobs since 2003. For more information on the program and other eligibility requirements, please visit www.shovelready.com.