Waltham, MA – National Grid US President Badar Khan today announced the company’s transition to a deeply local model for its US business. The announcement includes the expansion of New England and New York leadership roles and a new Chief Customer Officer.

“The changes we’re making today deepen our ties to the community and align the full weight of our expertise and operations with each region,” said Badar Khan. “We’ll be able to move faster for our customers in the coming years – years that are critical in creating the clean energy future we need to combat climate change without leaving anyone behind.” 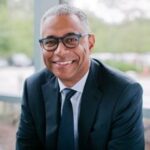 The business will align all operations to New York and New England (Massachusetts and Rhode Island) Presidents who will report to the US President, effective April 2021. The Company has named Rudolph Wynter, currently National Grid’s Chief Operating Officer, Wholesale Networks and Capital Delivery, as New York President. He has served National Grid for more than 25 years, most recently overseeing one of the largest electric transmission networks in the northeast, generation plants, and the development and construction of complex capital projects across the region. In addition, Wynter has managed the Company’s portfolio of energy storage assets.

“We will bring a renewed commitment to serve the people of New York in safe, smart and efficient ways,” said Wynter. “Unlocking a clean energy future is the challenge of our lifetime and I’ll work hard, along with our team, to earn the trust of our customers and partners to deliver that future.”

An external search for the New England President is underway and a leader will be announced at a later date. John Bruckner who currently serves as New York President will take on a new role as Chief Operating Officer of Electric for New York. 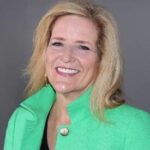 “It’s a great time to be joining National Grid as we embed ourselves further in the communities we serve to better understand our customers’ unique needs,” said Burt. “We have an opportunity and responsibility to lead our customers into a clean energy future and that starts with building solutions that make life easier today.”

National Grid’s top focus remains the safety and reliability of the systems it operates.