Washington, DC, Feb. 16, 2021– NeighborWorks America recognizes the ‘unsung heroes’ who help communities rise above challenges and map a new way forward. On Feb. 16, NeighborWorks America awarded six individuals with its annual Dorothy Richardson Award for Resident Leadership. The honorees represent Houston, Texas; Syracuse, New York; Roseburg, Oregon; Washington, DC; and Lincoln, Nebraska. NeighborWorks America honoree from Syracuse is Rasheada Caldwell, board member of HeadQuarters.  Traditionally awarded in the fall, the Dorothy Richardson Awards ceremony kicks off a weekend of activities and events specifically designed to educate and uplift local teams of residents that have come together to learn how to address challenges in their communities. Residents identified by NeighborWorks network organizations as local community leaders participate alongside their local policy and government counterparts to strengthen their leadership skills and be exposed to new concepts and solutions. CLI teams also receive seed grants that help the teams implement action plans developed during the training. 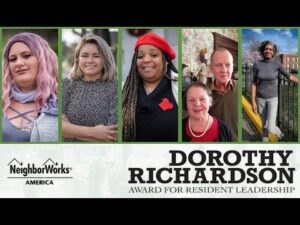 Dorothy Mae Richardson, a Pittsburgh-based pioneer in the community-development movement, is the namesake for this prestigious award.  Richardson galvanized the residents of her marginalized Central Northside neighborhood to fight for the resources they needed to save their homes and community without any formal community development training. She brought regulators, elected officials, bankers and affordable housing advocates to the table to try to remedy the problems. Her work led to the founding of Neighborhood Housing Services of Pittsburgh, which became the national model for NeighborWorks America, founded in 1978.

“For more than 20 years, NeighborWorks has bestowed the Dorothy Richardson Award for Resident Leadership in recognition of outstanding leaders that have made a positive impact in their communities,” said Paul Singh, vice president of community initiatives at NeighborWorks America. “The award highlights the critical role that neighbors play in making their communities strong and connected. The awardees identify challenges facing their communities, then pull people together to address them – often through creative and bold solutions.” 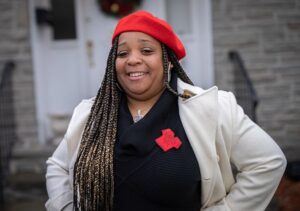 Rasheada Caldwell founded Let Me Be Great #44 in 2018 to honor the memory of her beloved son, Rasheed Baker. The young man was known for being patient and kind; for his ability to make people around him smile; and for his positivity. Borrowing a phrase Rasheed often used, “let me be great,” his mother founded the program to inspire and empower Syracuse youth to dream big, live fully, and believe that they are special and worthy of all the opportunities life has to offer.

“The vision behind Let Me Be Great is to give children an opportunity to do exactly what it says, to be great, to reach their goals, to introduce them to new things that they’ve never been exposed to,” says Rasheada. Let Me Be Great offers several programs and activities throughout the year. For example, “I’m A Lady Let Me Be Great” is a program for young girls that focuses on empowerment and career exploration. “As women, we need to understand that we are great. We’re individuals and we’re all different. We’re shaped different, we look different,” says Rasheada. “[It’s about] loving yourself.” Participants also get the chance to learn about potential careers they may not have considered such as being a carpenter or an electrician. “One of the things is connecting them to people who are in those fields, and women that are in those fields,” says Rasheada.

“The Let Me Be Great: Dump Your Junk” is a full-week summer program that teaches middle school students about the ecosystem, waste management and recycling. Students also receive a $50 stipend, and they learn about financial literacy, including the importance of having a bank account and saving money. Through all of the programming, Rasheada hopes to reduce violence in the city and engage children who may be at risk of falling behind in school. She works to identify what each young participant wants and needs in order to achieve his or her unique greatness. The programs receive support and collaboration from several local organizations and foundations. In her third year of programming, Rasheada has a waiting list of almost 200 kids who want to participate in Let Me Be Great activities. 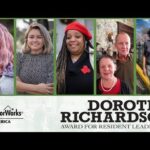 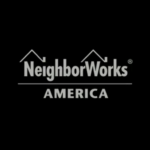 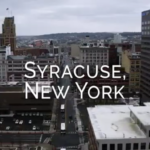 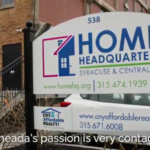 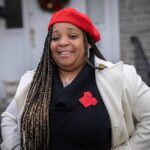 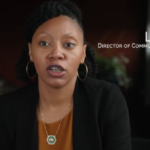 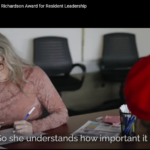 Despite the pain she has experienced in her own life, Rasheada serves as a positive force in her community. “Rasheada is a force of nature in Syracuse,” says Karen Schroeder, Chief Communications Officer with Home HeadQuarters Inc.

Home HeadQuarters, a NeighborWorks network member, is a nonprofit housing and community development organization and certified Community Development Financial Institution whose mission is to create housing opportunities in Central and Upstate New York for individuals and families and improve the communities in which they live.

Rasheada, who serves on the Home HeadQuarters board of directors believes strongly in the organization’s mission. She volunteers with events such as the Block Blitz, and she brings Let Me Be Great participants to volunteer as well. “Something that I learned at a young age is volunteering and giving back always makes you feel good. It makes you feel good whether you have a million dollars or you have zero dollars. It feels good to do something for someone else,” says Rasheada.

Volunteering with community projects like the Block Blitz also provides young people with new skills and experience, while helping to promote the homebuying, foreclosure prevention, and other services their parents can tap into through Home HeadQuarters to improve their family’s quality of life.

Rasheada never wants another family to experience the tragedy her family experienced when her son was shot while sitting on the family’s front porch. “When I lost my son, I’m going to be honest, I was devastated. It was shocking like, not me, not my son, not the one that I’ve raised to be that young man, to be respectful and loving, and to walk away and move in a different direction. I was devastated,” says Rasheada. It was her daughter still needing her to be a mother that kept Rasheada going. “I have a beautiful, young daughter. She’s 15 now. I still had to go on because parents still do,” she says. “I’ll be honest, it was nothing but the grace of God and my daughter pushing me to say, ‘Hey, you’ve got stuff to do,'” says Rasheada.

For Rasheada, a Dorothy Richardson Award for Resident Leadership, her role as a community leader has brought more positivity back into her own life. “It feels good to do something for someone else. If we continue to instill that in our youth, then we make this a better world, we make it a better community, and make the youth better,” says Rasheada. She plans to continue to expand ways to help young people be their best. For herself, Rasheada has taken on a new title: publisher. She plans to release the children’s book “A Boy Who Wanted to Be Great” in honor of her son. 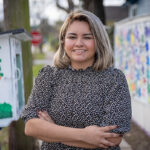 College freshman Vanesa Medrano (Houston, Texas) founded community organization Millennialz Youth Fest to provide a positive space where young people can host social events and festivals; learn life, school and career skills; and play an active role in shaping the culture of their community. Vanesa and her peers developed a technology education program called The Neighborhood Techub, which aims to develop computer technology skills among students and connect them to mentors. For NeighborWorks network member Avenue CDC, engaging young leaders like Vanesa is important to the work they do to build stronger neighborhoods. 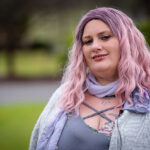 Tasha Oliverson (Roseburg, Oregon) has helped to build a safe space for the LGBTQ+ youth in Roseburg, a small city located in the Umpqua River Valley in southern Oregon. In 2018, Tasha started the first PFLAG chapter in Roseburg, the first and largest organization for lesbian, gay, bisexual, transgender and queer (LGBTQ+) people, their parents and families. That same year, Tasha was part of the committee that planned and hosted the first Pride event in Roseburg. At Umpqua Community College, where Tasha studies Human Services, she became president of the on-campus Queer Students Advocacy (QSA) club. Tasha often volunteers NeighborWorks Umpqua, and was selected by them to attend NeighborWorks America’s Community Leadership Institute, where she says she learned critical leadership skills that help her in her work with the LGBTQ+ community. 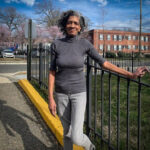 When Evelyn Harrison (Washington, DC) learned her apartment building in Southeast Washington, DC, was being sold she was shocked.  Worthington Woods is a 394-unit, garden-style community of 48 buildings, on 14.5 acres, located in Ward 8, which is a rapidly gentrifying area of the District. With the building up for sale, the residents had to move fast to exercise their rights under the District of Columbia’s Tenant Opportunity to Purchase Act. With only 60 days to form the tenants’ association, Evelyn stepped up to lead and was selected as the president of the association’s board. NeighborWorks network member Montgomery Housing Partnership sought to partner with the board, purchase the apartment building, renovate it and keep it affordable for the residents. 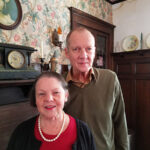 Tim Rinne and Kay Walter (Lincoln, Nebraska) launched an urban gardening movement in their Hawley neighborhood. In an area classified as a food desert, the couple devised a plan to increase access to fresh, healthy produce, while also developing a way to bring their neighbors closer together. Since 2010, Tim and Kay have gone from having the only garden on the block, to now gardening with 20 of their neighbors. Tim and Kay say it’s their connection to NeighborWorks that inspired their hard work and financial investment in the Hawley Hamlet.  Last summer, NeighborWorks Lincoln’s public outreach campaign, Mowing to Growing, drew inspiration from their work. The campaign encouraged Lincoln residents to grow some of their own food, with the goal of making the community more food secure.

NeighborWorks America-For more than 40 years, Neighborhood Reinvestment Corp., a national, nonpartisan nonprofit known as NeighborWorks America, has strived to make every community a place of opportunity. Our network of excellence includes nearly 240 members in every state, the District of Columbia and Puerto Rico. NeighborWorks America offers grant funding, peer-exchange, technical assistance, evaluation tools and access to training, as the nation’s leading trainer of housing and community development professionals. NeighborWorks network organizations provide residents in their communities with affordable homes, owned and rented; financial counseling and coaching; community building through resident engagement; and collaboration in the areas of health, employment and education.