The theme for this training is Crossings: Bridging the Authentic Underground Railroad Past to the Present. The Underground Railroad can be viewed as a migration story of enslaved people who self-liberated and claimed their freedom. Niagara Falls is an internationally-known destination known for the natural phenomenon of one of the greatest waterfalls in the world. Lesser known, but equally as powerful, are the stories of the Underground Railroad in Niagara Falls and throughout New York State. Some of the most significant crossing points for persons escaping slavery in the South were in New York State along the border with Canada. Efforts to abolish the institution of slavery generated significant pro- and anti-slavery activities that played out in the courts, in the New York State legislature, in the halls of Congress, and on the streets and in the homes in our communities. This significant part of the Empire State’s history, and this history’s relevance with today, impact the historic, cultural, educational, and economic capacity of the state as well as the nation. 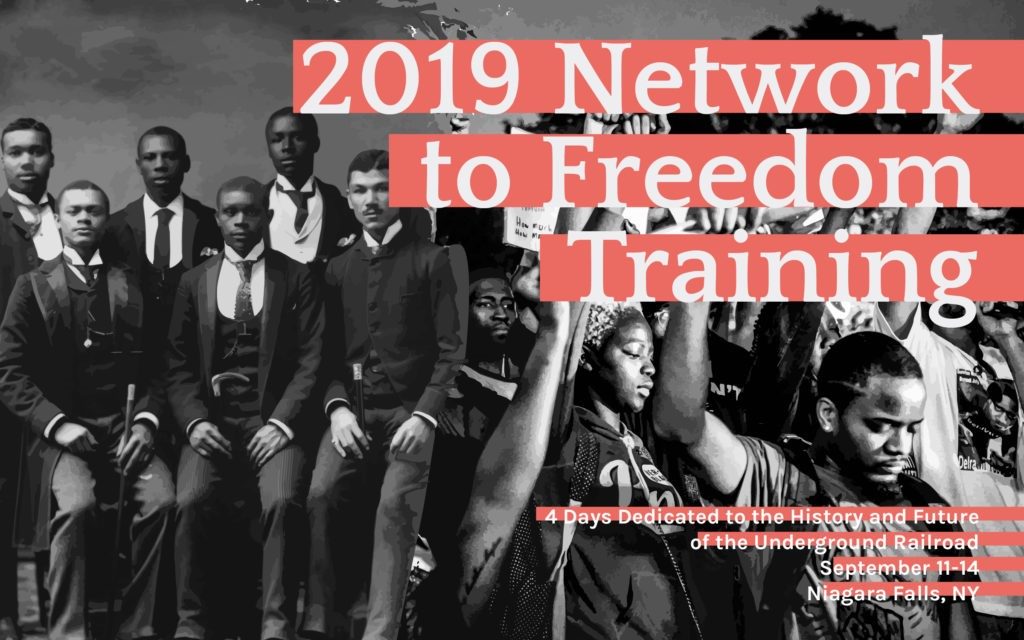 Geographical boundaries are not the only crossings of the Underground Railroad. Freedom seekers, in their acts of self-liberation, not only traversed the physical landscape to new destinations, they also conquered the mental landscape of their enslaved status to a life in freedom. Today, we are bridging the authentic history of the Underground Railroad past to the present. The work of descendants, community researchers, historians, and others are elevating the story from the mythical, unknown past to a documented history of a grass roots resistance movement. Through this exploration of our collective heritage, we aim to move society from racism to inclusion and tolerance. All of these aspects of “crossings” will be explored in this training.

The National Park Service Network to Freedom, through shared leadership with local, state, and federal entities, as well as interested individuals and organizations, promotes programs and partnerships to commemorate and preserve sites, and other resources associated with, the public about the historical significance of the Underground Railroad. Designated by Congress in 2008, the Niagara Falls National Heritage Area stretches from the western boundary of Wheatfield NY to the mouth of the Niagara River on Lake Ontario, including the communities of Niagara Falls, Youngstown, and Lewiston. The Underground Railroad Consortium of New York State is a collaborative venture of vetted UGRR sites and programs from around NYS to preserve and promote New York State’s UGRR sites and programs. The mission of the Association for the Study of African American Life and History (ASALH), which was founded in 1915, is to promote research, preserve, interpret and disseminate information about Black life, history and culture to the global community.