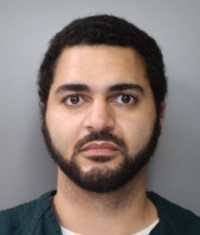 Town of Onondaga, New York -The Onondaga County Sheriff’s Office reports that Sheriff’s Detectives have charged a Nedrow man for allegedly having sexual contact with a child.

Tyrus McEntire (30), of Nedrow, New York, was arrested on November 6th and charged with course of sexual conduct against a child in the 1st degree, criminal sexual act in the 2nd degree, use of a child in a sexual performance and endangering the welfare of a child. The charges stem from allegations that McEntire engaged in sexual contact with a child less than 15 years of age. The incidents, which occurred between 2013 and 2020, was

disclosed by the victim to a school official, who reported it to the Office of Children and Family Services and the Sheriff’s Office Abused Persons Unit.

McEntire, who knew the victim, was arraigned on November 7th in Centralized Arraignment Court and is currently being held in the Onondaga County Justice Center in lieu of bail set at $25,000 cash, $50,000 bond.