John Katko votes with Trump 90% of the time,choosing party loyalty over his constituents

Syracuse, NY – Today, the Balter campaign launched its latest TV ad. The ad can be viewed at https://youtu.be/oDkc-Dcsrbo

The new ad calls out John Katko for his record of voting with Donald Trump 90% of the time. John Katko has chosen party loyalty over his constituents, highlighted by his vote for the Tax Bill that will give 83% of the benefits to the wealthiest and corporate special interests. The Tax Bill will add trillions to the deficit and risk massive cuts to Social Security and Medicare. According to AARP, the bill increases health care costs to people over 50. Katko has refused to protect people with pre-existing conditions. John Katko does not stand up for his constituents in central and western New York.

Balter: I’m Dana Balter and I approve this message

Tracking Congress In The Age Of Trump: An updating tally of how often every member of the House and the Senate votes with or against the president. How often John Katko votes in line with Trump’s position: 90%. [FiveThirtyEight, 8/27/18]

How the 2017 Tax Act Affects CBO’s Projections. Doing so raised the 11-year projection of the cumulative primary deficit (that is, the deficit excluding the costs of servicing the debt) by $1.3 trillion and raised projected debt-service costs by roughly $600 billion. The act therefore increases the total projected deficit over the 2018–2028 period by about $1.9 trillion. [CBO, 4/20/18]

After Tax Overhaul, GOP Sets Sights on Medicare, Social Security. House Speaker Paul Ryan, R-Wis., told radio host Ross Kaminsky on Wednesday that he and his colleagues will “have to get back next year at entitlement reform, which is how you tackle the debt and the deficit.” [U.S. News and World Report, 12/7/17]

AARP: Congress Agrees on a Tax Bill — Many older Americans would see their taxes — and health care premiums — go up. Those 50 to 64 would face average premium increases in the individual market of up to $1,500 in 2019, an AARP Public Policy Institute analysis found. [AARP, Press Release, 12/15/17]

Katko Voted For Blocking An Amendment That Would Protect Health Care Coverage For Pre-Existing Conditions, Ban Lifetime Insurance Limits, Protect Medicare, Block Tax Increases On The Middle Class, And Would Require A CBO Estimate Prior To Consideration Of Any Health Care Reform Bill. In May 2017, Katko voted for “Collins, R-Ga., motion to order the previous question (thus ending debate and possibility of amendment) on the rule (H Res 308) that would provide for House floor consideration of the bill (HR 2192) that would repeal, if the health care marketplace overhaul measure (HR 1628) is enacted” Upon defeat of the motion, Democrats planned to offer an amendment that “The amendment would restrict consideration of legislative provisions relating to health care that would result in: (1) the denial of health insurance on the basis of a preexisting condition or a requirement for individuals with a preexisting condition to pay more for coverage; (2) the elimination of the prohibition on lifetime limits on dollar value of health insurance benefits; (3) the termination of the ability of individuals 26 years of age to be included on their parent’s employer or individual health insurance; (4) the reduction in the number of individuals receiving health insurance under the Patient Protection and Affordable Care Act; (5) an increased cost to seniors for prescription drugs due to any changes pertaining to closing the Medicare prescription drug ‘donut hole’; (6) the requirement that individuals pay for preventive services such as mammography, health screening, and contraceptive services; (7) reduction of Medicare solvency or any changes to the Medicare guarantee; or (8) the reduction of Federal taxes on the 1% of the population with the highest income or an increase on the 80% of the population with the lowest income. Additionally, the amendment would restrict consideration of legislation relating to health care unless an easily searchable electronic estimate and comparison prepared by the Director of the Congressional Budget Office is made available on a publicly available website of the House.” A vote yes was a vote to block the amendment.The motion was agreed to by a vote of 235-193. 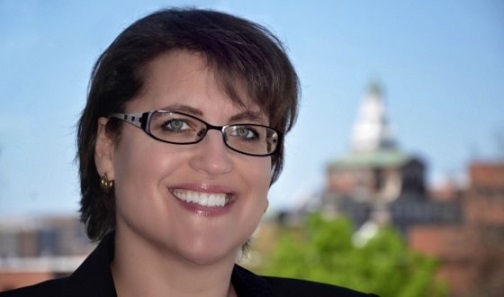 Dana Balter is a lifelong educator whose commitment to dignity and access for everyone began early when she helped her brother stand up to bullies who targeted his cognitive disabilities. She returned to her family roots in upstate New York when she enrolled at Syracuse University’s Maxwell School in 2003. Most recently, she taught undergraduate and graduate courses there in citizenship, public policy, administration, and democracy.

Dana began her campaign in her living room in Syracuse’s Outer Comstock neighborhood. That campaign has grown into a massive grassroots movement committed to showing up, listening, and standing up for the people of central and western New York.