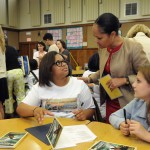 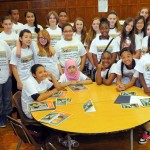 Melanie Littlejohn of National Grid, seen in the front row, joined some of the students for a group photograph after they signed their books. 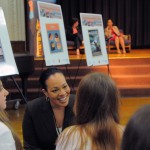