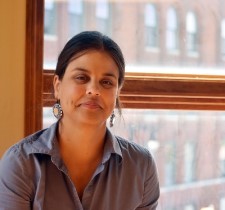 (Syracuse, NY)  The Board of Directors of Cooperative Federal is very pleased to announce that Christina Sauve will be appointed to the position of Chief Executive Officer (CEO) as of October 15, 2019. Christina, who is currently the credit union’s Chief Operating Officer (COO), was selected to succeed founder Ron Ehrenreich. Ron has led the organization for over 37 years and will continue to work with the credit union’s management team to ensure a smooth and successful transition, in a new position focused on risk analysis and specialized lending. 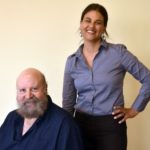 “Christina is a dedicated activist, experienced at using community finance strategies to help overcome poverty and segregation. She will lead Cooperative Federal into the future by engaging with our community’s changing needs,” said Ron. “Mentoring, collaborating with, and ultimately learning from Christina over the past 14 years has been one of the greatest joys of my career.”

Christina Sauve was born and raised locally, attending public school in Syracuse’s Near West Side and Solvay and graduating as valedictorian of her high school class. A first-generation college student, she graduated with honors from California’s prestigious Stanford University in 2003 and returned home to begin her career. She first joined Cooperative Federal’s staff in 2005, working as Executive Assistant, Community Development Coordinator, and Assistant Treasurer before becoming COO. Christina has also served on local nonprofit boards including Home HeadQuarters (2014 – present) and Syracuse Community Connections (2011-2017).

“Building bridges to economic opportunity and equity is intensely challenging, especially in a city like Syracuse, but it’s so fulfilling to be a part of that movement,” said Christina. “I am dedicated to cultivating strong, safe, hopeful neighborhoods by serving every corner of our diverse community, and I am grateful for the opportunity to build on Cooperative Federal’s extraordinary legacy.” 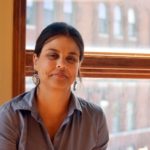 Cooperative Federal (Syracuse Cooperative Federal Credit Union) is a non-profit, mission-driven credit union founded in Syracuse in 1982. With a focus on community development and financial inclusion, to date it has invested over $150 million in local neighborhoods. Its mission is to rebuild the local economy in ways that foster justice, serve people and communities that are under-served by mainstream banks, and responsibly manage its members’ assets. Learn more at www.coopfed.org.