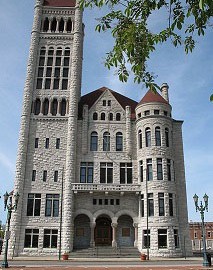 “This budget controls the expenditures we can influence,” Mayor Walsh said. “To get the city on a sustainable fiscal path, though, we must do more than that. The budget lays a foundation for growth and makes investments that will improve neighborhoods and service delivery now.”

In developing the new budget for fiscal year July 1, 2018 to Jun 30, 2019, the mayor asked all city departments to reduce their budget requests. The result was a $2.8 million cut in proposed spending, enabling the city to keep overall departmental spending the same as last year, despite rising costs to the city in most areas.

While the plan keeps the property tax rate level, the city will collect slightly higher tax revenue due to an increase in the assessed valuation of city properties. The budget proposes to use city reserves to close an $11 million deficit.

Major initiatives in the budget plan include: 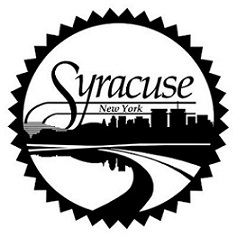 The mayor’s budget is based on a strategic plan for the city developed by the Walsh administration during its first three months in office. The plan begins with a new vision for the city: Syracuse will be a growing city that embraces diversity and creates opportunity for all.

The strategy sets four objectives to realize the vision:

“I look forward to working with the Common Council to advance the ideas and actions represented in this budget,” Walsh said. “We share a desire to see the people of Syracuse prosper, and I know we can get there. I thank each of the councilors for the time and energy they have put into the budget to date, and for the many hours they will be spending at City Hall on behalf of their constituents in the next several weeks.”

As part of the fiscal year 2019 austerity spending, the budget includes a “go forward” hiring and salary freeze in city government, which restricts new positions and salary increases to only those included in the budget.

In his budget proposal to Common Councilors, the mayor is recommending that the city apply to be recognized as a “Fiscally Eligible Municipality” under the state Financial Restructuring Board (FRB). Designed to prevent the need for a State Control Board, the FRB provides the city with non-binding advice and consultation and can deliver up to $5 million in grants to implement recommended changes. The mayor wants to work with the Council to apply for FRB status in April.

The budget plan anticipates increasing income to the city through enforcement of existing city ordinances. The budget funds the creation of a Municipal Violation Bureau, a new city bureau to process fines and hear appeals on violations of municipal ordinances, including code violations, citations for failure to apply for certificates, and exterior “blight” violations.

“Improving compliance with existing ordinances improves quality of life and makes the city safer for residents,” Walsh said. “Enforcing ordinances that are already on the books also can deliver meaningful income to the city’s general fund.”

The Walsh administration commits in the budget to complete a comprehensive assessment of fees applied for city services. The goal is to ensure that fee levels, most of which have not been updated in many years, better reflect the actual cost of services. The administration will present a proposal to the Common Council this fall.

The 2019 budget includes investments in technology and infrastructure to improve the delivery and efficiency of city services.

“The city’s physical infrastructure – its roads, water pipes and sewers – is in need of upgrades, but so are the city’s technology platforms,” Mayor Walsh said. “This budget recognizes that technology is infrastructure in the 21st century and makes investments in both.”

In fiscal year 2019, the city will work with the New York Power Authority to purchase the street lights in the City of Syracuse from National Grid. NYPA will provide its bonding authority to the city. The purchase cost will be paid for by annual savings generated from installation of high efficiency LED light bulbs in the streets.

While completing major road, water and sewer projects, the city will install new sensors and other “predictive” technologies that will help to identify potential weakness or problems before they disrupt services. The city will also expand its use of GPS systems on Parks and Recreation Department vehicles, as well as on more DPW and Water Department equipment.

The 2019 budget prioritizes support for city neighborhoods and for economic growth that will benefit the city and the entire region. It includes expenditures and initiatives to improve public safety, address housing and quality of life issues, and generate jobs for city residents.

“We are making our children a priority by continuing the city and the Syracuse City School District’s investments in Say Yes Syracuse,” said Mayor Walsh. “This budget provides $1 million for mental health support to city school students, funding that will be magnified by funding from the School District and Onondaga County to help our children succeed and make our schools safer. I greatly appreciate Onondaga County Executive Joanie Mahoney’s strong support for Say Yes and our schools.”

In public safety, the city will expand its police body cam implementation and continue support for Shot Spotter and security camera installations. The budget includes funding for new classes of Syracuse police officers and firefighters, as well as completing the search for a new chief of police. The city will also purchase additional emergency vehicles.

The administration is proposing the restoration of $750,000 in funding to the Syracuse Land Bank, as well as funding to address blighted properties and housing demolitions. It also keeps support at current levels for TNTs (Tomorrow’s Neighborhoods Today) and for Neighborhood Watch.

The budget proposes to increase the Special Assessment on properties in the Downtown Business Improvement District. Supported by the Downtown Committee of Syracuse, the assessment will generate $135,000 in additional revenue for environmental maintenance and security improvements downtown.

The Walsh administration is also moving ahead with the implementation of the Syracuse Build program, a new workforce development and city jobs program. The city will roll out the program in the middle of 2018 to begin placing city residents on construction worksites this year.

“There are projects being developed or soon to be undertaken that need city workers. Syracuse Build is working with major city institutions and partners in training and workforce development for get more local people trained and working as soon as possible,” Walsh said.

Mayor Walsh continues to place a high priority on public engagement. The administration will expand public meetings and online citizen engagement, similar to the city’s input and outreach efforts on sidewalk snow removal and the police chief search.

The Mayor’s Office will proceed with development and construction of a new www.syrgov.net, the website for the City of Syracuse. The current site is more than a decade old and is built on an outdated web platform. The new site will be usable across desktops, tablets and mobile devices and will feature improved navigation and information regarding city programs and services.

In fiscal year 2019, the city will also upgrade Cityline to an improved digital application. Cityline is the phone and online system that receives and manages service requests by city residents.

The Common Council will conduct public hearings on the mayor’s proposed budget during the month of April. Hearings will be livestreamed online and can be accessed from the city’s homepage at www.syr.gov.net or by visiting the City of Syracuse YouTube channel at youtube.com/cityofsyracuse. The Council is scheduled to vote on a budget by May 9 with final adoption of the fiscal year 2019 budget by early June.