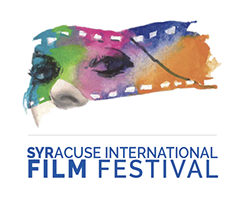 The Central New York Film Festival begins Thursday March 22 and continues through Saturday, March 24.  The three days of films include two historic films and a full day of new films made by Central New York and New York State filmmakers.

The announcement of the festival films and dates was made by festival directors La Shaun Jones and Cody Slade, along with festival founders Owen Shapiro and Christine Fawcett Shapiro.

The historic films are the silent 1917 classic Rapsodia Satanica, about a woman who sells her soul to the devil to remain forever young and beautiful, and the uncut four and a half hour version of Sergio Leone’s 1984 gangster masterpiece Once Upon A Time In America.  These will be shown at Shemin Auditorium at Syracuse University.  Admission is free.  The Leone film has not been shown in this restored version before.

The Saturday program at the Palace Theater (2384 James St., Syracuse, NY) is an all-day screening of NYS and Central New York films starting at noon.  Twenty-two films were selected out of nearly 70 submitted.  Tickets for March 24th are available at the door for $10/adult, $5/student with ID, and ticket-holders can leave and return at any point through the day and evening.  Cash prizes will be awarded for the three top films, from $1,000 – $250, plus other citations.  The range of submissions includes music videos, films, documentaries, and short subjects.

On Thursday March 22, Rhapsodia Satanica, will be shown at 8:15pm in Shaffer Art Building’s Shemin Auditorium, and on Friday March 23, Once Upon A Time In America will be shown in its entirety, starting at 6:15pm.  This screening is the extended original, uncut version which runs 4 1/2 hours.  Admission and parking are free for both film showings. Parking is available in the Q-4 Shaffer Art Building lot.

The CNY Humanities Corridor, from an award by the Andrew W. Mellon Foundation, has partnered with Syracuse University’s College of Visual & Performing Arts Film Program and the Le Moyne College Film Program to bring the two international films to Syracuse from the Il Cinema Ritrovato in Bologna, Italy.  The uncut version of Once Upon A Time In America was restored and is owned by the Fondazione Cineteca di Bologna.  Its International Coordinatore, Guy Borlee, will be in Syracuse to discuss both films.

Additional major sponsors of the weekend event are the CNY Film Professionals, the Palace Theater, and Visual Technologies.

The CNY Film Festival 2018 is made possible by a generous grant from Onondaga County through CNY Arts.