After 4 long years under the Presidency of Donald J. Trump and the Republican Party, America held the traditional transfer of power after a hard-fought election. It was only weeks ago when alleged seditious individuals and those swept up into the moment attacked the hallmark of our democracy, the U.S. Capital Building.

Americans watched as members of various pro Trump factions scaled walls and breached the sanctity of the symbol of the nation’s democratic values. The Capital Building assault was a serious infraction leading to a second Impeachment by Congress for the outgoing President Donald J. Trump. 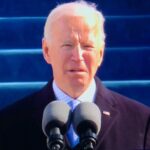 Locally, the Republican Party issued statements distancing itself from the President. Followed by John Katko R-Onondaga who became the first member of Congress to call for the Impeachment of Donald Trump.  Followed by Rep. Liz Cheney a ranking republican notably expressing her decision against what appeared to be actions set-off by the President’s words at a rally preceding the Capital breach.  By the end of the evening, 10 Republicans had abandoned President Trump, calling for his Impeachment.

But today, after all the tension and post-election rancor we swear-in a new President and Vice President.  The Inauguration of President Joe Biden and Vice President Kamala Harris marks the beginning a new era in America. It was felt the night before when the pre-Inauguration events included a solemn memorial service for those 400,000 people who have died as a result of the COVID-19 pandemic. Presided over by the incoming team, it marked a different public approach. 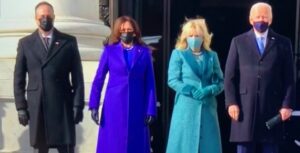 As the bands played, pomp and ceremonial activities were vastly different from any recent Presidential Inauguration, given concerns about security and social distancing required by the ongoing pandemic.

This is a time when former Presidents, Vice Presidents, Members of Congress and the Supreme Court are among those gathered. Absent in 2021 are the people that usually assemble to welcome in a new administration. The visuals, thousands of flags and other decorations adorn the Mall, the space that’s played host to countless events and hundreds of thousands of people, was a sight that reminds us that this is an Inauguration of a President of the United States, like no other.

Lady Gaga sang the National Anthem and J-Lo sang a medley. Entertainers that had avoided the Trump’s are back. 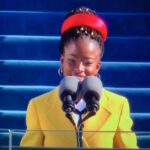 Shortly before noon today, America made history with the first woman Vice President, African-American of Asian descent. Kamala Harris took the oath of Office, followed by Joe Biden, his oath of Office was administered by Chief Justice Roberts of the Supreme Court. The peaceful transfer of power is complete.

Biden’s Inaugural Address focused on what he’s stated many times, “Unity” and that he’ll be a president for all Americans, whether or not they voted for him.

Amanda Gorman, America’s Poet Laureate set the tone with her powerful poem, reminding us of who we are “United” as Americans.

The Hill We Climb

‘…..We’ve seen a force that would shatter our nation rather than share it,
Would destroy our country if it meant delaying democracy.
And this effort very nearly succeeded.
But while democracy can be periodically delayed,
It can never be permanently defeated…”