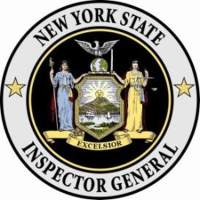 New York State Inspector General Letizia Tagliafierro today announced that as a result of an investigation by her office and the U.S. Department of Transportation Office of Inspector General  (USDOT IG), the United States Attorney for the Southern District of New York’s Civil Division has secured a $692,000 settlement with a fuel provider for construction of the New NY Bridge project that engaged in disadvantaged business enterprise (DBE) fraud.

Pennsylvania-based Naughton Energy provides fuel to construction projects and was certified as a DBE fuel supplier/broker. The company was contracted to provide fuel for equipment on the New NY Bridge project pursuant to multiple purchase orders with Tappan Zee Constructors (TZC).

In May 2015, the Inspector General’s Office was advised of concerns with respect to Naughton’s role on the project. The investigation revealed that the company was delivering fuel to the project with the use of a non-DBE company. The use of the non-DBE company had not been disclosed by Naughton and such use raised flags that Naughton could be operating as a broker, not a supplier. By claiming to be a DBE supplier, Naughton enabled TZC to claim 60 percent of each of Naughton’s purchase order amounts and applied it towards TZC’s overall DBE project goal.

An investigation by the Inspector General and the USDOT IG found:

The matter was referred to the United States Attorney for the Southern District of New York’s Civil Division, which today announced the filing and settling of a civil fraud lawsuit against Naughton Energy and owners Mariette Naughton and Joseph Naughton.

“In 2015 our office learned that this company, benefitting from the essential DBE program on this massive infrastructure project, was actually using an unqualified business to deliver fuel to the bridge,” said Inspector General Tagliafierro. “Through our investigative partnership with the USDOT-OIG and the thorough work of the Manhattan U.S. Attorney’s Office, the company is now being held accountable for circumventing the stringent requirements of the DBE program.”