NEW YORK — The New York League of Conservation Voters, which works to make environmental sustainability a top political and policy priority in New York State, has announced its endorsement of Sam Roberts for New York Assembly in District 128.

Assemblymember Roberts has worked tirelessly to increase environmental awareness and activism in his district. He supported NYLCV’s top priorities of 2014: Legislation to get New York State ready for a changing climate and help get toxic chemicals out of children’s toys and products. He also organized meetings with local coalitions to promote green jobs, and has signed onto solar energy letters of support. In addition, Roberts worked alongside the Onondaga County Resource Recovery Agency (OCCRA) to introduce legislation that would ensure all printed political materials have the phrase “Please recycle after use” printed on them. 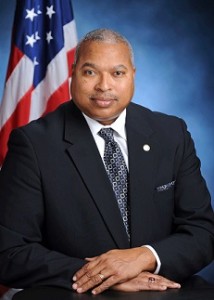 If re-elected, Roberts has pledged to continue increasing environmental awareness in his district and support legislation that will create a more sustainable New York State.

In response to the endorsement, Assemblymember Sam Roberts said: “I’m very appreciative of the New York League of Conservation Voters’ endorsement and look forward to working together. I can’t stress enough the importance of protecting our clean water and air, expanding renewable energy and preserving open space — and I will continue to make these issues a priority if I am re-elected.”

Celebrating its 25th anniversary year, the New York League of Conservation Voters (NYLCV) is the only statewide organization that uses the power of endorsements and a political action committee to elect environmental leaders.