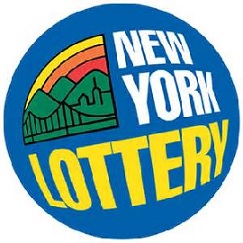 The New York Lottery announced today that for the third time this year a jackpot-winning Powerball ticket had been sold in New York State. The winning ticket for the $298.3 million Powerball drawing held on December 26, 2018 was sold in Brooklyn at Arnold’s Service Station at 1868 Linden Blvd. The winner has one year from the date of the drawing to claim their prize. The retailer will also receive a $10,000 commission for selling the winning ticket.

The holder of the winning ticket will have a choice between an annuity of $298.3 million, paid in 30 graduated payments over 29 years, or a lump sum payment of $180.2 million. The net amount paid to the winner who chooses the lump sum would be $114,091,248 after taxes are deducted.

This is the eighth time the Powerball jackpot has been hit this year. Previous Powerball winners from New York this year are Robert Bailey who won half of the $687.8 million jackpot in October, and Nandlall Mangal who won $245.6 million in August. Mr. Bailey’s ticket was the largest jackpot win in New York Lottery history.

This year, retailers and the education system have realized a significant amount of revenue from Powerball: