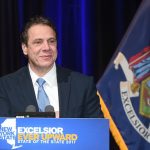 “We know New York’s economy is strongest when we empower everyone to participate, and we are leading the nation in creating opportunities for Minority- and Women-Owned Business Enterprises in every corner of the state,” Governor Cuomo said. “This Expo series will build on our momentum and connect talented businesses with the tools, resources and support they need to grow and succeed. I encourage all qualified entrepreneurs to visit these forums and see what opportunities are available.”

Increasing the utilization of MWBE firms in state contracting is key to the success of the MWBE program.  In 2014, Governor Cuomo set the nation’s highest goal for MWBE procurement at 30 percent.  For fiscal year 2015-2016, MWBEs secured $1.9 billion in State contracts and under the Governor’s leadership, more than 5500 MWBEs have been certified since 2011. During his 2016 State of the State address, Governor Cuomo pledged to increase MWBE certification by an additional 2,000 businesses – the State is on track to meet that goal by 2018.

Senator James Sanders Jr. said, “As the leader of the Senate Democratic Conference’s MWBE Task Force, I believe we should be doing all we can to empower these entrepreneurs and level the playing field in a way that helps them realize their full potential. This expo series provides critical information to MWBEs about the certification process as well as available resources, and it is a worthy step forward by the Governor to meeting the state’s 30 percent MWBE contracting goal. I look forward to continuing to work with the Governor in the future to meet and exceed that goal.”