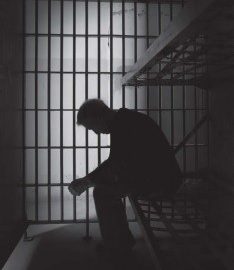 Hotline Made Possible by $2.5 Million in Funding Provided by the State Office of Victim Services

Governor Andrew M. Cuomo today announced that the state’s domestic and sexual violence hotline is now available to incarcerated individuals throughout the state prison system, providing crisis counseling, as well as access to support, additional counseling and advocacy for individuals who are victims of sexual assault or harassment. With this implementation, New York has the most comprehensive victim support program available to survivors of sexual victimization in any state prison system in the nation. The 777 direct-dial number is available every day, in English, Spanish and other languages, at all 54 facilities operated by the state Department of Corrections and Community Supervision (DOCCS).

“Incarcerated individuals who have experienced sexual harassment or assault deserve the same victim support services as any other New Yorker,” Governor Cuomo said. “By providing these critical services across the state’s correctional facilities, we can ensure that all incarcerated individuals who have been victims of this type of abuse have access to the counseling they deserve.”

“We must continue to work to change the culture and create a safe environment for women to come forward and be believed,” said Lieutenant Governor Kathy Hochul. “New York State’s prison system is only the seventh in the nation to offer a statewide rape crisis hotline, and the only one to partner with community-based rape crisis and sexual assault programs to ensure that individuals receive the support and services they need to help them recover. With this expansion, we are taking important steps to ensure the security of victims and a safe environment for all women in New York State.”

Under the federal Prison Rape Elimination Act (PREA), states are required to provide certain services for incarcerated victims of sex crimes. New York State’s prison system is only the seventh in the nation to offer a statewide rape crisis hotline and the only one to partner with community-based rape crisis and sexual assault programs to ensure that individuals receive the support and services they need to help them recover. This expansion is the result of more than $2.5 million in federal and state funding administered by the state Office of Victim Services (OVS).

Calls made to the direct-dial number, 777, are routed to Crisis Services in Buffalo, which has operated the state’s Domestic and Sexual Violence Hotline since 2010. Upon receiving a call from a state prison, Crisis Services’ staff provide crisis counseling and make referrals for additional services to PREA centers. These centers are a network of six current rape crisis and victim assistance programs across the state that have staff specifically trained to assist incarcerated individuals. All conversations are kept confidential.

The Office of Victim Services was able to support this after receiving an increase in funding through the federal Victims of Crime Act (VOCA), which is funded through fines, fees and surcharges paid by certain offenders convicted in federal court, not taxpayers. Specifically, OVS awarded:

To date, the domestic and sexual violence hotline has handled over 650 calls from callers within DOCCS facilities since it went live on January 8, 2019. DOCCS first began providing Enhanced Victim Services in March 2014, with five victim assistance programs providing services to inmates in 27 correctional facilities. Federal funding for that initiative, which went to DOCCS and the New York State Coalition Against Sexual Assault, totaled nearly $1.2 million and was administered by the state Division of Criminal Justice Services.

Further, DOCCS has implemented a series of strong internal policies and procedures to address or exceed federal PREA standards, including, but not limited to:

Throughout his time in office, Governor Cuomo has made protecting all victims of sexual assault a priority. Last year, Governor Cuomo signed legislation that extended the sexual offense evidence collection kit retention period at hospitals from 30 days to 20 years, providing victims with the time and space to heal before deciding to contact authorities. In addition, New York’s “Enough is Enough” law, championed by Governor Cuomo, is the strongest law in the nation to combat sexual assault on college campuses.

The state’s Domestic and Sexual Violence Hotline is available for referrals and assistance 24 hours a day, seven days a week at 1-800-942-6906 or 711 for deaf or hard of hearing.

The Office of Victim Services provides a safety net for crime victims and/or their family members, assisting eligible individuals for medical and counseling expenses, funeral and burial expenses, lost wages and support, in addition to other assistance, all at no cost to taxpayers. The agency also funds 222 victim assistance programs that provide direct services, including counseling, advocacy and legal services, across the state. For more information, eligibility guidelines and to locate a victim assistance program, visit www.ovs.ny.gov or call 1-800-247-8035.

The Office for the Prevention of Domestic Violence advises the Governor and Legislature on policies and practices for the state; trains professionals from all disciplines across the state about the intersection of domestic violence in their daily practice; and serves as a resource regarding the issue of domestic violence by disseminating regular public awareness campaigns, publishing materials for use by non-profits and victims and highlighting best practices. For more information, visit www.opdv.ny.gov.