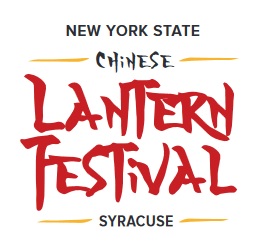 The New York State Chinese Lantern Festival will be held Friday, April 14, 2017 through Saturday, June 24, 2017 at the New York State Fairgrounds. A festival of color, light and Chinese culture will come to Upstate New York this spring.

A festival of color, light and Chinese culture will come to Upstate New York this spring.

Attendees of the first Chinese Lantern Festival in New York State will stroll along a meandering path surrounded by unique works of art that light up the night. As the days get longer, this colorful Chinese Festival will open in a freshly renovated area of the New York State Fairgrounds, from April 14 to June 24.

“This is a feast of lights and color at a time when the weather in Upstate New York begins to change,” said Annette Peters, Advance Media New York Vice President for Marketing. “It’s a perfect time to enjoy an outdoor event again,” he said. 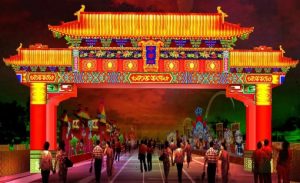 The Chinese Lantern Festival will be open every day but Mondays, starting at 5 p.m., and include a 30-minute entertainment show focusing on Chinese culture. The daily entertainment will feature Chinese dancers, acrobats, face changers.  Food and drink will be available as well as demonstrations of Chinese traditional crafts including palm weaving, edible sugar dragons and Chinese paintings of visitors’ names.

The festival is assembled by Tianyu Arts & Culture from Zigong, China. They produce and organize lantern shows in China, Europe, Australia and the United States. The show at the NYS Fairgrounds will be the tenth show Tianyu has produced in the US. The majority of the Tianyu Arts artisans building the lantern sculptures are from the Chengdu capital of southwestern China’s Sichuan province. Chengdu is where giant pandas are bred. 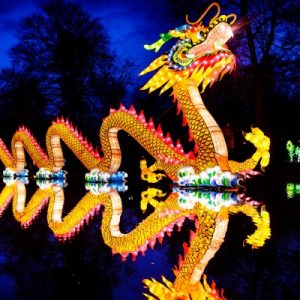 Chinese Lantern Festivals started thousands of years ago as a way for Chinese families to come together, celebrate spring, and hope for the upcoming prosperity of the new year.  When festivals originally began, the lanterns were all silk lanterns, lit by candles. Lantern making is a tradition, primarily a family tradition, a skill handed down generation to generation. The artisans building the exhibits learned their craft from parents, family members.

Beautiful brightly lit lanterns will be on display along a walkway designed delight and entertain. These unique illuminations will be created in China for the event, then assembled into vibrant displays of animals, flowers, Springtime and Chinese symbols. The entire display takes about four weeks to assemble. 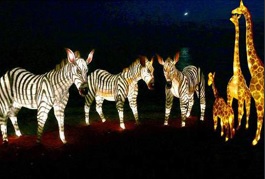 “What a great way to say hello to Spring,” said Acting Fair Director, Troy Waffner. “The Chinese Lantern Festival will be a first for Central New York, a first for the newly opened New York Experience Festival Park and will really add to the cultural fabric of Upstate New York – this is going to be a win-win for everyone.”

Ticket prices are $15 for adults, $13 for seniors, $12 for youngsters ages 5-16 and free for children under Tickets are on sale now at http://www.lanternfestnys.com.