1.4 Million Applications Have Been Processed in Just Six Weeks 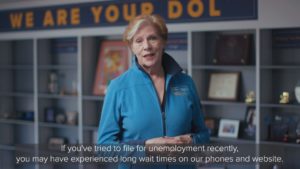 “Every state is facing major challenges when it comes to unemployment, but in New York we are upgrading our systems in real time while delivering benefits to New Yorkers faster and more aggressively than any other state,” NYS Department of Labor Commissioner Roberta Reardon said. “I’ve been unemployed myself — I know that losing your job is one of the most trying situations someone can face — and while there is more work to do, we have connected over one million New Yorkers with billions of dollars in benefits in just six weeks. We will keep working around the clock seven days a week to ensure every single New Yorker gets every single dollar they deserve.”

In addition, the Department of Labor has updated and streamlined the sections of its website most frequently used by New Yorkers seeking unemployment benefits. These updated pages — which include the DOL homepage, an explanation of how to file your claim, information on the Pandemic Unemployment Assistance program, and more — are now mobile friendly and easier to read and navigate, which will help unemployed New Yorkers get the information they need faster so they can file for benefits.

Since nationwide coronavirus-related business shutdowns in early March, states across the country have faced an unprecedented increase in the number of people filing for unemployment insurance — with an extraordinary 26 million Americans now having submitted claims. Since March 9, New York State has processed 1.4 million initial applications for unemployment benefits, including 207,172 during the week ending April 18 and 399,015 the week before.

Facing an unprecedented surge in unemployment claims, the Department of Labor has taken decisive action to update its system, streamline operations, and improve its capacity to serve New Yorkers. These efforts include: