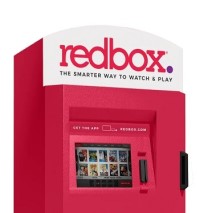 Companies Will Modify Kiosks for Use by Individuals with Visual Impairments

The New York State Division of Human Rights today announced settlements of three disability discrimination complaints filed against kiosk companies Redbox Automated Retail LLC, Coinstar LLC, and ecoATM.  The complaints, which were initially filed by the Division’s Initiated Action Unit, alleged that the companies’ kiosks were not accessible to individuals with visual impairments.  As a result of the settlements, the companies have agreed to modify kiosks throughout New York State in order to ensure access for individuals with visual impairments.  The companies will also pay civil fines to the State of New York totaling $85,000.

“Making services fully accessible for people with disabilities is not only the right thing for a business to do, it’s the law,” said Interim Commissioner Johnathan J. Smith.  “I am pleased that Redbox, Coinstar, and ecoATM have agreed to make these important modifications to their kiosks. The Division will continue to seek out any system that denies New Yorkers their rights under the Human Rights Law and hold them accountable.” 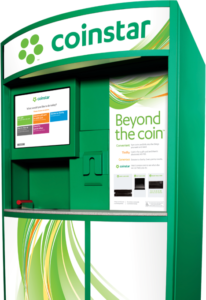 The New York State Division of Human Rights is empowered by law to investigate and prosecute systematic patterns of discrimination.  The agency’s Division Initiated Action Unit filed complaints against the companies alleging that their kiosks were inaccessible to people with visual impairments in violation of the New York State Human Rights Law.  The Division specifically alleged that the kiosk interfaces consisted mainly of visual prompts without sufficient audio, large print, or braille instructions for users with visual impairments.  The Division also alleged that kiosk interfaces used digital touchscreens without nonvisual guidance for users with visual impairments and that the kiosks provided insufficient information in braille for how customers contact the companies for assistance.

As part of these settlements, the companies agreed to make modifications to the kiosks and their practices.  Redbox and Coinstar agreed to install a non-visual user interface on at least one of their kiosks per location in New York State that will include:

ecoATM will modify at least one of their kiosks per location in New York State to provide a non-visual user interface, known as its “Concierge Service,” which will:

The companies agreed to include customer service numbers in the form of a Braille and large print sticker on all kiosks.  They also agreed to add notifications to their websites and advertise in publications serving individuals with disabilities about the availability of these modifications to individuals with visual impairments, and to be monitored by the New York State Division of Human Rights Division Initiated Action Unit for three years.  Additionally, Coinstar and ecoATM agreed to pay fines of $30,000 each and Redbox  agreed to pay a fine of $25,000 to the State of New York.  The companies agreed to make all these modifications to their kiosks by no later than August 31, 2021.

Individuals can report violations of these settlement terms by contacting the Division via email at tips@dhr.ny.gov.

New York has the proud distinction of being the first state in the nation to enact a Human Rights Law, affording every citizen “an equal opportunity to enjoy a full and productive life.”  The New York State Division of Human Rights is the agency in charge of enforcing this law, which prohibits discrimination in employment, housing, public accommodations, credit, and educational institutions.  For more information about the Human Rights Law and the work of the agency, please visit the Division’s website at https://dhr.ny.gov.