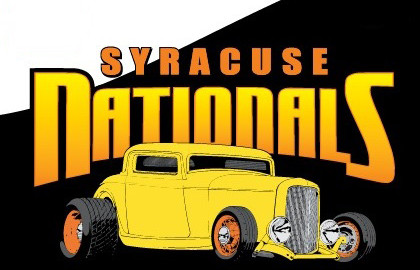 Boosts Non-Fair Events Attendance, Which is Up Nearly 35 Percent Over 2017

The Syracuse Nationals classic car show will be back to the New York State Fairgrounds in Syracuse this weekend for its 19th year, announced Acting Fair Director Troy Waffner. The show, which opens Friday morning, July 20 and runs through Sunday, July 22, is one of the nation’s largest classic automobile shows, providing an estimated $13 million in visitor spending.  It is expected that 90,000 fans will turn out for Nationals weekend, continuing to boost attendance of non-Fair events taking place on the Fairgrounds.  Through the first half of 2018, an estimated 500,275 people attended non-Fair events at the Fairgrounds, up nearly 35 percent from the 371,278 who attended non-Fair events in the first half of 2017.

State Agriculture Commissioner Richard A. Ball said, “The New York State Fairgrounds continue to be an in-demand location for some of the biggest and best major events of all kinds.  Thanks to the Governor’s vision, the reinvigorated Fairgrounds, great long-standing events like the Nationals and several new events throughout the year, are attracting more visitors to Central New York this year, helping to boost the region’s economy.”

New York State Fair Acting Director Troy Waffner added, “The Nationals car show is one of those crowd-pleasing events that gets better and better every year. We’re proud to welcome the show again this year and look forward to the economic benefit it provides to Central New York.”

In 2016, the Nationals were the first to use the transformed Fairgrounds, which feature a brand new Main Gate, the newly expanded Midway area, and the new 313-site Empire RV Park with underground water, sewer and electrical service. The Nationals quickly sold out space in the RV Park and began using some of the open spaces in the heart of the grounds.  Last year, show organizers maximized the new space and included for the first time, a category for cars from 1981 – 1985. A record 430 vendors offered automotive-related and lifestyle products, including some from national brands, which were enticed to participate by the large event spaces available. In addition, a record 30 companies sold food during the show.

The event will feature several new events, including:

Complete information about the Syracuse Nationals can be found here.

The New York State Department of Motor Vehicles will again have an exhibit in the Center of Progress building to promote vintage and historical license plates and assist customers with a variety of DMV transactions. DMV staff will also be providing information and answering customer’s questions about the REAL ID. According to the federal REAL ID Act, anyone flying within the U.S. using their New York State- issued license or ID card will need a REAL ID or Enhanced Driver License (EDL) starting October 1, 2020. Customers who are renewing or obtaining a license or non-driver ID for the first time are encouraged to get a REAL ID or an EDL now to avoid a second trip to the DMV.  For more information about the REAL ID and Enhanced documents, visit dmv.ny.gov/REALID.

For the third year in a row, DMV will give away a new poster, while supplies last, that illustrates the evolution of New York vintage license plates from the first owner-provided plates in 1901 to the present. A limited number of commemorative Syracuse Nationals exhibit plates will also be available at the DMV exhibit. Visit the DMV website for more information on vintage and historical plates.

DMV Executive Deputy Commissioner Terri Egan said, “The Syracuse Nationals is a fantastic classic car show at one of the finest venues in the region. We are always pleased to attend and offer DMV services, including the opportunity to learn more about the REAL ID and to obtain a historic or vintage license plate, to those enjoying this exciting event.”

Rob O’Connor of Right Coast, Inc., Owner and Promoter of the Syracuse Nationals, said, “We’re very excited to be back for our 19th year. I’d like to thank Governor Cuomo, Onondaga County and the New York State Fair for being great partners. We’ve got lots of exciting new activities along with all of the amazing classic cars people love and I’m looking forward to a great year.”