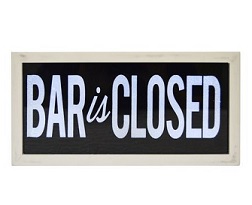 Seven Stabbings in one Night Lead to License Suspension

Albany, NY – The (SLA) summarily suspended the license of Cougars on Butternut LLC at 722 Butternut Street in Syracuse today. The suspension was ordered by Chairman Vincent Bradley on Thursday, January 18th. Effective immediately, no alcohol may be sold or consumed on the premises.

On January 1, 2018, the Syracuse Police Department (SPD) responded to multiple calls regarding a stabbing incident at Cougars on Butternut.  According to the SPD, when officers arrived at the scene they observed several people fighting inside the bar and blood all over the floor. Upon entering the premises, police discovered a male, later determined to be the licensee, lying on the ground with three stab wounds. While the licensee was receiving medical treatment from EMTs for his wounds, several other patrons inside the bar continued to quarrel and obstruct the licensee’s treatment, despite police directing the patrons to discontinue their conduct. The licensee was transported to a local hospital where he underwent surgery.

On the same evening, officers were notified by two local hospitals of several walk-in stabbing victims and discovered that six other patrons sustained stab wounds during the altercation at Cougars. The SPD were also notified of two other victims who were in the hospital for injuries sustained at Cougars; one victim was hit in the head with a pool stick, and the other victim was struck in the head with a beer bottle. This violent brawl is just the most recent in a series of incidents occurring at Cougars.

In a January 10, 2018 letter to the SLA, the SPD documented 16 calls made to 911 regarding incidents at Cougars since the premises was licensed in February of 2017, incidents including fights, assaults, loud music, drugs, and quality of life complaints. During this time, police have been compelled to conduct 34 weekend details in the area around the premises, with 150 officers required to respond to incidents at or around the establishment.

On November 19, 2017, the SPD conducted a property check at Cougars and issued several parking tickets to vehicles that were illegally parked in front of and on the surrounding streets. Upon entering the premises, officers detected the smell of burning marijuana and subsequently arrested a male who was seated on the back steps of the bar for possession of marijuana.

On January 17, 2018, the SLA charged Cougars with five violations of the ABC Law, including disorderly premises, failure to exercise adequate supervision and for becoming a focal point for police attention.

“This horrific event has made it clear to the SLA that the licensee does not possess the ability to adequately supervise his premises or keep his patrons and the community safe,” said Counsel to the Authority Christopher R. Riano. “Unfortunately, this incident was just the latest in a series of violence and disorder at Cougars, and I commend the Authority and the Syracuse Police Department for their diligence in preventing more episodes like this in the future.”

The State Administrative Procedure Act authorizes a State agency to summarily suspend a license when the agency finds that public health, safety, or welfare requires emergency action. When the SLA summarily suspends a license, it also serves a Notice of Pleading alleging one or more disciplinary violations. In invoking a summary suspension, the SLA has deemed the violation to be sufficiently serious upon initial review to warrant an immediate suspension. The SLA’s decision to summarily suspend a license is not a final determination on the merits of the case. The licensee is entitled to an expedited administrative law hearing before an Administrative Law Judge. An order of summary suspension remains in effect until such time as it is modified by the SLA or a reviewing Court.