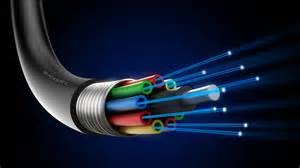 Schneiderman: Speed Tests Will Help Ensure New Yorkers Are Getting What They’re Paying For, And Aid My Office In Holding Service Providers Accountable

ROCHESTER – Attorney General Eric T. Schneiderman is encouraging New Yorkers to test their Internet speeds and submit the results via his website as part of an ongoing investigation into whether or not Internet service providers are delivering on the speeds and services promised.

He is also urging New Yorkers to use his new consumer alert as a tool in selecting the internet service plan that best suits their needs. This follows the Attorney General’s announcement earlier this month of his office’s lawsuit against Charter Communications Inc. (“Charter”) and its subsidiary Spectrum Management Holdings, LLC, (f/k/a Time Warner Cable, Inc.,) (together, “Spectrum-TWC”) for allegedly conducting a deliberate scheme to defraud and mislead New Yorkers by promising Internet service that they knew they could not deliver.

“Millions of New York families and businesses depend on reliable internet for everything from running a business to communicating with family and friends,” said Attorney General Schneiderman. “No one should be paying a premium for speeds and services they aren’t receiving. Conducting a speed test will ensure people are getting the speed they’re paying for, and I urge New Yorkers to submit their results and help my office continue to hold service providers accountable.”

With over 570,000 subscribers in the Western New York region, Spectrum-Time Warner Cable is the largest supplier of Internet service in the state. The complaint alleges that since January 2012 Spectrum-TWC’s marketing promised subscribers who signed up for its internet service that they would get a “fast, reliable connection” to the Internet from anywhere in their home. But a 16-month investigation by the Attorney General’s office – which included reviewing internal corporate communications and hundreds of thousands of subscriber speed tests – found Spectrum-Time Warner subscribers were getting dramatically short-changed on both speed and reliability.

The Attorney General’s Office looked into thousands of complaints from New York subscribers, including more than 300 from Western New York.

The suit alleges that subscribers’ wired Internet speeds for the premium plan (100, 200, and 300 Mbps) were up to 70 percent slower than promised; WiFi speeds were even slower, with some subscribers getting speeds that were more than 80 percent slower than what they had paid for. As alleged in the complaint, Spectrum-TWC charged New Yorkers as much as $109.99 per month for premium plans could not achieve speeds promised in their slower plans.

Attorney General Schneiderman’s consumer alert provides consumers with a guide to asking the right questions in order to determine the appropriate Internet plan for their households needs. When choosing an Internet plan, consumers ask the following:

Internet Service Providers (“ISPs”) offer a variety of speeds that are measured in “megabits per second” (“Mbps”) from as low as 6 Mbps to upwards of 100, 200 or even 1,000 Mbps. Internet users should consider how they’ll be using their Internet and what speeds are recommended for these Internet applications.

Consumers should also consider whether they’ll need a modem and/or router to connect to the internet in their home and ensure that it’s compatible with their ISP’s network. Keep in mind that as technology evolves, modems and routers will need to be able to handle more and more speed. The AG’s investigation also found that Spectrum-TWC executives knew that the company’s hardware and network were incapable of achieving the speeds promised to subscribers, but nevertheless continued to make false representations about speed and reliability. The investigation further revealed that while Spectrum-TWC earned billions of dollars in profits from selling its high-margin Internet service to millions of New York subscribers, it repeatedly declined to make capital investments necessary to improve its network or provide subscribers with the necessary hardware.

Finally, consumers should check to see what speed they’re actually receiving, rather than relying on the promises of their Internet service provider. There are a number of online tools that can help check your speed:

If you’re not receiving the speed you’re paying for, find out why and call your Internet Service Provider. The problem may be as simple as needing to move your router to a better location in your house. Or it could be an issue that only your provider can fix such as performing maintenance on its network.