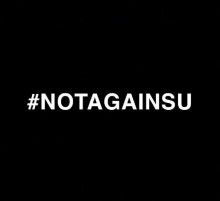 Tuesday, March 10, 2020, marked the 23rd day of the second occupation of this academic calendar year. Since February 17th, the administration has ignored basic human rights, criminalized protestors, racially profiled students and actively worked against creating meaningful institutional change. The administration has continued to abandon its own code of conduct dis-allowing “students the right to assemble in an orderly manner and engage in peaceful protest.” Instead, they engaged in a series of deplorable acts including denying food access, the prohibition of hygiene products, and denial of religious counsel.

#NotAgainSU marks the longest continuous occupation in Syracuse University history and shows the need for change beyond open forums and broken promises. On February 26th, day 10 of the occupation the administration refused to negotiate on the basis administrators did not want to publicize the negotiations. Thus, #NotAgainSU protestors were forced to wait until March 2nd,  day 15 of the occupation to begin negotiations. Negotiations took place on  March 2nd, 3rd, 4th, and 6th, totaling to 14 hours.

Vice Provost John Liu sent a message to the community after negotiations that falsely alluded to massive progress. It is clear if massive progress were made #NotAgainSU would no longer be occupying Crouse-Hinds Hall. Syracuse University refuses to directly acknowledge the inhumane actions carried out by administrators in Crouse-Hinds Hall or meet to negotiate the remainder of the demands.