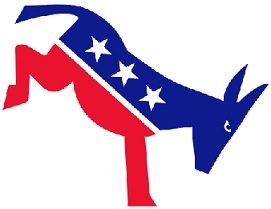 “It is abundantly clear from the Republican Senate’s posturing over the past few weeks‎ that they have forsaken any pretense of governing and shifted to a purely political agenda. They have adopted an extreme conservative agenda following the Trump and Ryan model. They have abandoned any sense of professional responsibility as elected officials for campaign posters and partisan zealotry. They clearly adopted the Trump government shutdown strategy and have begun the DeFrancisco campaign with the taxpayers of New York stuck making the first contributions.

The Budget parameters they have already crafted and announced will make it impossible to achieve a budget that serves the people of the state. 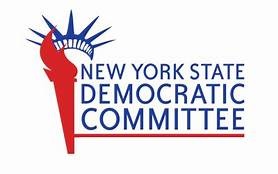 The Republican Senate has already articulated their positions. The budget math is simple and undeniable, with a $4 billion deficit there will be $4 billion in cuts without any revenue raisers. And they have repeatedly rejected any revenue increases. They insist on protecting the Trump tax cut windfall profit to large corporations even rejecting a modest windfall recovery from health insurance companies and the opioid manufacturers who are killing our children. With the State’s 4 billion deficit, this means there will be no revenues to fund a middle-class tax cut as proposed by the Governor. Also, there will need to be drastic cuts to education and Medicaid that will over stress our schools, hospitals and nursing homes. There can be no increases for direct care workers, and hospitals could not afford to pay minimum wage increases. Their budget position will not even allow the State to soften the federal draconian cuts to health care and seniors.

In a remarkable show of partisanship, and at the cost of New Yorkers, they also oppose our tax code reforms which are necessary to reduce the pain from the Trump tax increases on the middle class by ending state and local tax deductibility. The SALT NY penalty will chase the middle class and businesses from upstate New York reversing the progress we have made the past few years. We have seen this movie before. That was the downward spiral upstate New York suffered for 40 years.

Without our tax code reforms on payroll taxes and charitable deductions, they would allow the Trump SALT increase to devastate homeowners in downstate New York and quite possibly reduce home values in Long Island, Westchester, Rockland and the Hudson Valley. Senator Flanagan could not have been clearer – on the payroll tax he stated: “My visceral reaction is that all of our colleagues are opposed to that.” Then, when asked if the payroll tax would be done by the budget, he said “no.”

Their extreme conservative agenda is also against a woman’s right to choose, against our proposal to end sexual harassment of women, against legal protections for the LGBTQ community, against protections for union members, against ethics reforms, against reforms to increase voter participation, including the early voting proposal announced by their own member. They are against immigrant rights, and against criminal justice reform.

Their zealotry is only outdone by their hypocrisy. They are against economic development projects for upstate New York but they support economic development programs that personally benefit the DeFrancisco family. They are against government spending but refuse to stop elected officials from double dipping. They want lower spending but their candidate, DeFrancisco, voted for extreme state spending increases of 7%, 8% and even 10% –twice– prior to Governor Cuomo taking office and insisting on a 2% spending cap. Ironically, DeFrancisco has voted for Governor Cuomo’s budgets. We guess “he was for it before he was against it.”

The Governor will not allow them to adopt the Washington hyper-partisan posture that will savage New York values and taxpayers. They will need to be willing to shutdown government before they are allowed to damage the state. They have clearly decided to follow the Washington model and abandon their professional responsibility as elected officials for the hyper-partisan tactics of Trump’s scorched earth approach. New Yorkers will not accept it.”