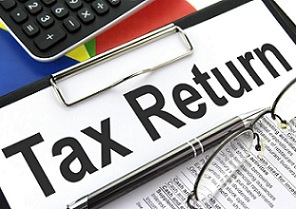 The New York State Department of Taxation and Finance today announced the results of a concerted enforcement effort to crack down on tax preparers filing fraudulent returns. This ongoing initiative, culminating in recent enforcement actions, resulted in the execution of five search warrants and nine arrests across New York City.

“Everyone loses when a tax preparer commits tax fraud, including honest citizens and NYS communities deprived of revenue needed to fund vital services. We will continue to work with all our partners in law enforcement to ensure that unethical tax preparers are held accountable and face justice,” said Acting Commissioner Nonie Manion.

The Attorney General’s office arrested and is prosecuting the following individuals:

In addition to the arrests, Tax Department investigators also executed five search warrants within the last week across New York City. They seized business records, computers, and other electronic devices.

Attorney General Eric Schneiderman said, “We will not allow unscrupulous individuals to line their own pockets at the expense of honest taxpayers. Those who cheat the tax system are stealing from their fellow New Yorkers, and I am pleased to work with my partners in law enforcement as we continue to root out tax fraud.”

Richmond County District Attorney Michael E. McMahon said, “Not only do fraudulent tax preparers deceive their clients, they cheat the hardworking people of Staten Island as well as the City and State of New York out of funds that can be used to benefit the public. In this case, the defendant allegedly conned taxpayers out of more than $82,000 by filing fraudulent returns. We will continue working with the Department of Taxation and Finance to investigate and prosecute those criminals responsible for victimizing law-abiding taxpayers.”

A criminal complaint is only an accusation; the defendants are presumed innocent until proven guilty.

If you’re aware of a tax preparer who has engaged in illegal or improper conduct, you can file a tax preparer complaint online or contact the NYS Tax Department at 518-530-HELP (option #2). The information is kept confidential. The Tax Department takes this type of illegal activity seriously, promptly reviews each complaint, and takes corrective action when appropriate.