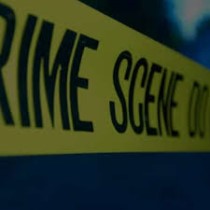 On Saturday, October 23rd, 2021, at around 4:56 P.M., Officers were in the 200 block of Seeley Road for a recent shots fired investigation. As Officers were collecting evidence and processing the scene, a Mercedes sedan, operated by Rohollah Masjidi, 23, of Syracuse, was driving in the area and started to veer towards Officers. Officer Otis was collecting evidence on the scene as the vehicle went in her direction.

Officer West, who was close by, was able to pull Officer Otis out of the direct path of the oncoming vehicle. As the car passed by Officers, part of the car hit Officer Otis and her department-issued evidence camera. After the vehicle struck the Officer, the car continued on.

Officers were able to locate the car and driver in the parking lot of 201 Seeley Road a short time later. The driver was found to be intoxicated and as a result was arrested for Reckless Endangerment in the First Degree, Criminal Mischief in the Fourth Degree, Leaving the scene of an accident, and various driving while intoxicated charges.

The suspect was lodged at the Onondaga County Justice Center. The Officer struck by the vehicle sustained minor injuries, and a department evidence camera was damaged. Officers   West and Otis were commended for their quick reaction and decision-making in this incident, clearly prevented this situation from becoming much worse.