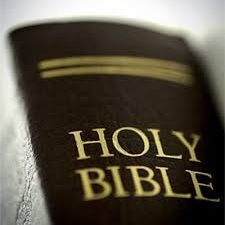 Authored by Paul the Apostle, Romans 13 is the thirteenth chapter of the Epistle to the Romans in the New Testament.

Romans 13, was used by anti-abolitionists during debate about the Fugitive Slave Act of 1850 arguing whether the law should be obeyed or fought. The Bible was used to justify and legitimize the enslavement of Africans.

Romans 13 was used by recently Attorney General Jeff Sessions to justify the Trump administration’s decision to separate children from their parents if they entered this country illegally, it’s called, Zero Tolerance.” 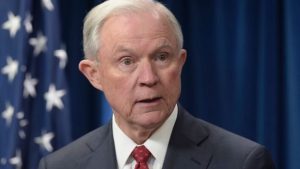 While addressing Law Enforcement officers on Thursday June 14th Attorney General Jeff Sessions stated in defense of the Administrations new policy. “I would cite you to the Apostle Paul and his clear and wise command in Romans 13, to obey the laws of the government because God has ordained the government for his purposes.”

Sessions continued, “Orderly and lawful processes are good in themselves. Consistent and fair application of the law is in itself a good and moral thing, and that protects the weak, it protects the lawful.”

13 Let everyone be subject to the governing authorities, for there is no authority except that which God has established. The authorities that exist have been established by God. 2 Consequently, whoever rebels against the authority is rebelling against what God has instituted, and those who do so will bring judgment on themselves. 3 For rulers hold no terror for those who do right, but for those who do wrong. Do you want to be free from fear of the one in authority? Then do what is right and you will be commended. 4 For the one in authority is God’s servant for your good. But if you do wrong, be afraid, for rulers do not bear the sword for no reason. They are God’s servants, agents of wrath to bring punishment on the wrongdoer. 5 Therefore, it is necessary to submit to the authorities, not only because of possible punishment but also as a matter of conscience.

6 This is also why you pay taxes, for the authorities are God’s servants, who give their full time to governing. 7 Give to everyone what you owe them: If you owe taxes, pay taxes; if revenue, then revenue; if respect, then respect; if honor, then honor. 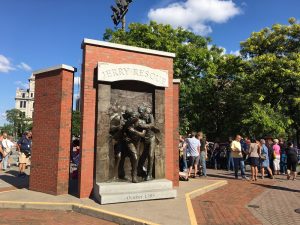 Local significance being that Syracuse is home of The Jerry Rescue, an historic event when people here at a pro-abolitionist convention, stormed the jail and freed Jerry Henry, a runaway enslaved person captured in Syracuse, NY. A decision was made to disobey the law. As a stop on the Underground Railroad people who collaborated with helping people escape to the north were breaking Gods Law, according to detractors.

An article in The Atlantic; Lincoln Mullen, an assistant professor of history at George Mason University said regarding Roman 13, “Outside the United States, the passage was used by Christians in Europe to defend Nazi rule and by white religious conservatives in South Africa to defend apartheid.”

A source of great controversy and strong condemnation, the U.S. Conference of Catholic Bishops and other religious organizations have called for an end to this policy. Members of Congress were shown on television attempting to visit a Detention Center in New Jersey, they were denied entry.

Descriptions have emerged of children being held in Kennel like cages in conditions that are beginning to resemble refugee camps in developing nations. While past administrations made Biblical references in speeches, never in the modern Presidency have we seen the Bible used as support for the implementation of governmental policy.