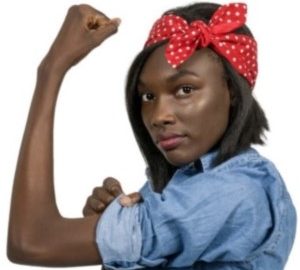 August 7th , on Black Women’s Equal Pay Day, the New York State Council on Women and Girls and Essence Magazine co-hosted a forum at the National Urban League with women leaders on the pay gap afflicting working Black women and explored solutions to extend economic opportunities to all women in the workplace. This forum was the first in a series of regional forums that will be held across the state to develop a comprehensive approach to addressing issues of economic security and opportunity.

“Whether it’s enacting a statewide $15 minimum wage, or instituting a salary history ban, New York has led the way in advancing women’s rights and economic equality,” Governor Cuomo said. “Today’s forum will prove pivotal in continuing our cause, and New York remains committed to finding solutions that once and for all close the gender pay gap for African American women in New York State.”

“Under the progressive leadership of New York State, we have made tremendous progress in enhancing economic opportunities for all women,” said Lieutenant Governor Kathy Hochul, who attended today’s panel discussion. “I look forward to using this discussion to continue our efforts to close the pay gap and ensure equal pay for equal work for the women of New York. Today’s event was an important opportunity to discuss racial and gender injustices that should not be tolerated in our society.”

“New York and Governor Cuomo has fought tirelessly to ensure that progress for all women continues to move forward in the face of a coordinated attack by Washington and the Trump administration,” said Melissa DeRosa, Secretary to the Governor and Chair of the New York State Council on Women and Girls. “Today’s meaningful discussion will move New York one step closer to closing the gender pay gap for African American women, and advance possible solutions to systematic hurdles African American women face in the workplace.”

The event was moderated by Essence Communications President Michelle Ebanks and featured a diverse panel discussion of prominent Black women leaders, including: 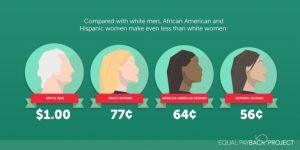 Earlier this year, a report conducted by New York State on the status of New York women and girls found that a large wage gap between black women and white men still remains. Despite New York having the smallest pay gap of any state in the nation, long-standing societal norms have resulted in African American women earning 64 cents for every dollar white, non-Hispanic males earn. The report concluded that a multi-faceted approach must be taken to close the wage gap by moving women off of the “sticky floor,” instead of the conventional approach of solely targeting the glass ceiling. Governor Cuomo has already set several policies in motion to address economic inequity, including enacting a $15 minimum wage, and banning employers, both public and private, from asking for salary history. Today’s forum, and forums like it that will happen across the state will help build on those efforts, offer a regional focus, and develop a holistic approach to fostering more opportunity for Black women across the state.

Michelle Ebanks, President of Essence Communications, said, “In our mission to serve Black women deeply, ESSENCE is committed to pursuing a more equal and accessible economy for families and communities of color in New York State and beyond. It was my pleasure to join the New York State Council on Women and Girls today to exchange ideas and propose solutions that inspire Black women to know and demand their worth.”

Dr. Hazel Dukes, President, NAACP NYS Conference, added, “I want to thank the Governor’s office for bringing together people from diverse professional backgrounds and differing perspectives, but who share the same vision for more equal opportunity. The forum provided an incredible opportunity for African American women to express their opinions and have their voices heard. I look forward to shaping future policy with the Governor.”

Governor Cuomo established the New York State Council on Women and Girls in celebration of the 100th anniversary of the women’s suffrage movement. The council provides coordinate responses to issues that particularly impact the lives of women and girls in the State of New York.