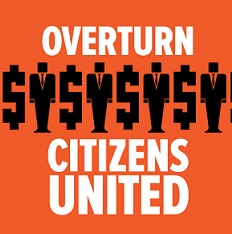 The Democracy for All Amendment affirms the right of states and the federal government to pass laws that regulate spending in elections, reversing the concentration of political influence held by the wealthiest Americans and large corporations capable of spending millions of dollars in our elections. This legislation comes days before the ninth anniversary of the U.S. Supreme Court’s disastrous ruling in the Citizens United case.

“I have long supported a constitutional amendment to reform our campaign finance system and firmly believe that we must take a bipartisan approach to make this happen,” Congressman Katko said. “I’m proud to join Rep. Deutch and a number of my colleagues in reintroducing this legislation, as we take the first step in the new Congress towards real reform.”

“Years after the Citizens United decision, election spending has exploded into billion-dollar races that corrupt our elections by drowning out the voices of American voters,” said Congressman Deutch. “Meaningful political participation cannot be reserved for individuals with extreme wealth and special interests, and we cannot continue to allow those who spend the most to dictate public policy that is out of step with our country. From climate change to gun violence, the issues that are most important to the American people are dominated by the will of the bottomless pockets that fund elections rather than the will of voters. We need to overturn Citizens United to get big money out of politics, strengthen our democracy, and restore power to the American people.”

“Let’s not mince words here – for too long, the needs of the American people have taken a backseat to the needs of corporations that dump unlimited amounts of money into political campaigns,” said Congressman McGovern. “From gun violence to healthcare costs to climate change, the issues Americans care about have been held hostage by wealthy special interests. No more. We have got to solve this, and we have to overturn the disastrous Citizens United decision to restore the power of the ballot box and get big money out of politics.”

“In Citizens United, five Supreme Court Justices overturned two centuries of jurisprudence to determine that private corporations enjoy the political free speech rights of the people,” Congressman Raskin said. “As hundreds of millions of dollars in dark money are spent by CEOs in the name of their unwitting shareholders, we are seeing what Court-ordered plutocracy looks like. But the democracy is stirring. As the exciting 116th Congress convenes, it’s time we remind America of what popular government looks like—that’s why I’m proud to support this bipartisan Amendment to rebuild the wall of separation between massive private corporations and the people’s public elections.”

“The Supreme Court’s decisions in Citizens United, Buckley v. Valeo and related cases are antithetical to democracy,” said Robert Weissman, President of Public Citizen. “They stand for the proposition that corporations and the super rich should be able to drown out the voices and votes of everyone else; and they have, in fact, enabled the Big Money donor class to dominate our politics. As a direct result, we have a government responsive to corporate and super rich demands, but derisive of overwhelming public support to guarantee health care to all, slash drug prices, raise the minimum wage, avert catastrophic climate change and more. The Democracy for All Amendment will, finally, return us to a government of We the People. Public Citizen thanks Reps. Deutch, McGovern, Raskin and Katko for leading the way to what will be the 28th amendment to the U.S. Constitution.”

“American democracy has become increasingly broken and beholden to big money, contributing to rising inequality and injustices across the board. Now is the time for bold solutions” said Marge Baker, People For the American Way Executive Vice President. “We wholeheartedly support the reintroduction of the Democracy For All amendment. Americans deserve a democracy that serves the interests of all of us, not just the privileged and powerful.”

“Across the political spectrum, Americans want a constitutional amendment which will reclaim our democracy,” says John Bonifaz, the Co-Founder and President of Free Speech For People. “The Democracy For All Amendment would allow for overall campaign spending limits and would end the big money dominance of our elections. We applaud the re-introduction of this amendment, and we urge Congress to pass it and send it to the states for ratification.”

“On behalf of our nearly 200,000 supporters in all 50 states, American Promise applauds the introduction of this constitutional amendment with bi-partisan support,” said Jeff Clements, President of American Promise. “An amendment is a necessary foundation in securing free and fair elections for all Americans, not just wealthy donors and special interests. Eliminating the undue influence of big money in our political system is not a partisan issue, it’s an American one.” American Promise is a national cross-partisan organization that empowers all Americans to work together for the 28th Amendment so that people, not money, govern America, and includes a distinguished Advisory Council consisting of former U.S. Senator Olympia Snowe (R-ME), Former Governor Mike Dukakis (D-MA), Former U.S. Senator Alan Simpson (R-WY) and many others.