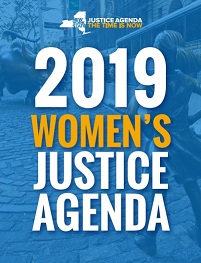 On Friday March 8th, International Women’s Day, Governor Andrew M. Cuomo today called for the passage of the Equal Rights Amendment this legislative session. When the U.S. Congress passed the federal Equal Rights Amendment in 1972, New York was one of the first states to vote for its ratification. However, almost five decades later, the federal ERA still has not been ratified, and while Governor Cuomo has pushed for a State-level ERA, New York’s constitution still does not guarantee equal rights on the basis of sex. 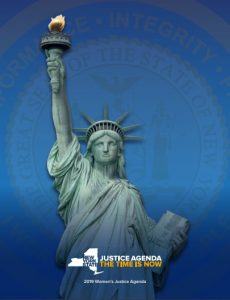 “As the Trump Administration wages a war on women, it is more important than ever before that New York fight back to protect our progress and enshrine gender equality in our state constitution,” Governor Cuomo said. “It is unacceptable that more than 100 years after women won the right to vote in New York State, our Constitution still does not ban discrimination based on sex or afford women equal protections under the law. That needs to end this year. We must pass the ERA this legislative session to ensure New York continues to serve as the beacon of progress for the nation.”

“On International Women’s Day and every day, we honor the women who came before us by continuing to fight for justice and equality,” said Lieutenant Governor Kathy Hochul. “We have made significant progress, but we still have more work to do to ensure rights and protections for women. As part of our 2019 Women’s Justice Agenda, we’re pushing for a new, next generation Equal Rights Amendment that reflects today’s priorities for attaining true gender parity once and for all.”