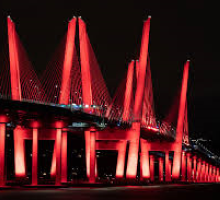 $100 Million in Medicaid Redesign Savings Secured for 340B Providers

Ending the Epidemic Virtual Summit to be held in Conjunction with World AIDS Day on December 1 through December 3, 2020

On World AIDS Day, Governor Andrew M. Cuomo announced that based on the most recent data from 2019, New York State has “bent the curve” on the HIV epidemic, a primary goal of the Ending the Epidemic initiative. According to the new data, the estimated number of new infections, or HIV incidence that occurred statewide in 2019, fell to an all-time low of 1,700 cases. HIV incidence has declined each year since the start of ETE, with a 38 percent decrease over that time frame. New confirmed HIV diagnoses in 2019 also reached an all-time low of 2,377 — a four percent drop from 2018 and a 31 percent drop since the start of ETE. 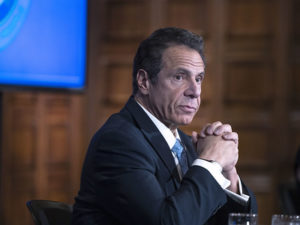 “Today is World AIDS Day and I know everyone has been consumed with the COVID pandemic, but we’ve also been consumed with ending the HIV/AIDS epidemic,” Governor Cuomo said.  “We’re releasing the 2019 data which shows that HIV incidence and diagnoses have fallen to record lows in New York. The estimated number of new infections or HIV incidence that occurred statewide in 2019 fell to an all-time low. HIV incidence has declined each year since we started the End the Epidemic campaign – 38 percent decrease over that timeframe, so that is extraordinarily good news and we’re going to continue to work on that. Now more than ever, with states facing steep deficits as a result of COVID, the federal government must provide funding so we can continue supporting the lifesaving work of HIV/AIDS service providers.”

In addition to the tremendous progress illustrated by this new data, the Governor also announced a number of other steps the state has taken to bolster the state’s progress in fighting to End the Epidemic. First, New York will provide more than $100 million in Medicaid Redesign savings directly to 340B providers in the upcoming year to mitigate changes in reimbursement and ensure continuation of critical services. The state is working directly with stakeholders and providers to establish how this funding will be allocated. 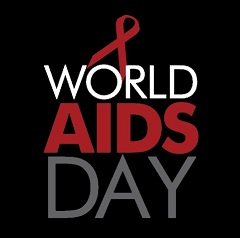 In recognition of World AIDS Day, Governor Cuomo has also directed state landmarks to be lit red throughout the evening of Tuesday, December 1. These include:

In addition to HIV incidences and diagnoses falling to record lows, the new 2019 data shows 83 percent of newly diagnosed New Yorkers were connected with care within 30 days of being diagnosed, and viral suppression among people in care was at 89 percent at the end of 2019. Thanks to the state’s extensive work with providers and other stakeholders to raise awareness of available medication to safely and effectively prevent transmission of HIV, the new data also shows nearly 40,000 New Yorkers took PrEP — an increase of almost 25 percent from 2018.

This new data will be publicly released during the State’s fifth annual “ETE Summit”, which will be held in conjunction with World AIDS Day on December 1 through December 3, 2020. This year’s theme is “2020 and Beyond: Access. Equity. Sustainability.” The premier ETE event in the State, this year’s summit will be a virtual event. The summit will showcase the work being done by providers and communities across the State focused on ETE as well as an update on the latest ETE metrics.  More than 1,000 people have registered for the summit.

New York Health Commissioner Dr. Howard A. Zucker said, “The progress we’ve outlined today is a true testament to the hard work and leadership of this state and this community. Under the leadership of Governor Cuomo, we have ‘bent the curve” on the epidemic. We have not only reduced incidence and new diagnoses but also improved the health of those living with HIV/AIDS. We must continue these efforts, so the progress we have made throughout ETE is made permanent.”

Alphonso David, President of the Human Rights Campaign added, “Since he was elected, Governor Andrew Cuomo has been steadfast in his commitment to reducing HIV transmissions and ending the AIDS epidemic in New York. Now, due in large part to his administration’s ambitious goals and dedication, new transmissions in the Empire State have fallen to a record low. This year, the world has watched Governor Cuomo lead New York through the ongoing COVID-19 pandemic, and it is clear that his work on ending the HIV and AIDS epidemic will also serve as a model for other states moving forward. We applaud his commitment to ending this epidemic, and look forward to continuing our work with him in the future.”

The Governor’s “Ending the Epidemic” initiative was launched in 2014 to significantly reduce HIV infections by the end of 2020 and achieve the first-ever decrease in HIV prevalence in New York State. “Ending the Epidemic” does not mean the absolute elimination of HIV/AIDS, which would require a cure for those currently living with HIV/AIDS and a vaccine to prevent future transmission, but rather what public health officials call “bending the curve” — which occurs when the annual number of estimated new HIV infections is lower than the number of people with HIV who die in a given year.

New York has invested $20 million annually since 2015 to support the work of the ETE initiative and has spent an estimated $2.2 billion annually to increase access to care and treatment for HIV.

Enhanced Access to HIV Testing has also been a key aspect of the ETE initiative. Since 2016, New York State has offered in-home HIV testing through HIV Home Test Giveaway (HHTG) campaigns. The HHTG provides a virtual platform for persons at risk for HIV transmission to access testing in ways that are compliant with COVID-19 prevention methods, including social distancing practices, and for community-based organizations to continue to support HIV prevention, testing, and linkage to care during the COVID-19 pandemic crisis. In April 2020, the state launched a targeted HHTG to ensure the availability of HIV screening during the pandemic. On November 16, 2020, the State launched the sixth traditional HHTG campaign. Since the start of HHTG, New York has given out more than 3,000 test kits to eligible participants, 30 percent of whom reported never having been tested for HIV.