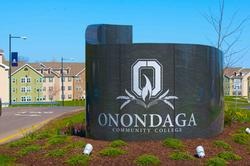 Onondaga Community College will celebrate its 56th commencement ceremony Saturday, May 18 at 10 a.m. in the SRC Arena and Events Center. Dr. Casey Crabill will preside over the ceremony. Nearly 700 students will be eligible to receive their degrees. These students will have completed their coursework in either the fall 2018, spring 2019 or summer 2019 semesters.

Each year Onondaga Community College selects a graduating student to deliver the commencement address. This year’s speaker is Marigone Istogu. Marigone came to the United States from Kosovo four years ago with the dream of becoming an Electrical Engineer. She learned English, then conquered OCC’s Electrical Technology major. She was president of OCC’s chapter of international honor society Phi Theta Kappa, received a national scholarship from Coca-Cola and was named a USA Today Phi Theta Kappa All-New York State student. During the summer of 2018 she interned at National Grid where she focused on substation engineering and design. She will spend this summer there as well before transferring to Syracuse University.

Mounted around the upper walkway of the SRC Arena and Events Center will be a series of colorful posters highlighting student success stories. Noteworthy stories at the 2019 commencement include:

William DeJesus, Mechanical Technology – William is a member of the first graduating class of P-Tech students. P-Tech stands for Pathways in Technology Early College High School. While attending the Institute of Technology at Syracuse Central, William took Mechanical Technology and Electrical Technology classes at OCC and earned credits toward his associate degree. During the spring semester William began working as a Technician at United Radio where he troubleshoots and repairs radio units and circuits. His job will become full-time this summer.

Daniela Vasquez & Tom Krohl – Daniela and Tom are married Student Veterans. Daniela is a native of Colombia who moved to the United States at age 9 and graduated from a high school in Florida. Tom earned his diploma from Central Square. They met in the Navy and married in 2017. Both are leaving OCC with two degrees; Daniela’s are in Nursing and Humanities, Tom’s are in Nuclear Technology and Electrical Technology.

Ellie Abraham, Human Services – Ellie was born and raised in Central New York by parents who immigrated to the U.S. from Palestine. Four years ago she started “Community Care of Syracuse” which collects donations for refugees and immigrants and gives them to families in need. The program took off and she was named a Newman Civic Fellow for her work in the community. In 2017 she decided to show her three children the importance of getting an education and enrolled at OCC. She became an outstanding student and was inducted into international honor society Phi Theta Kappa. She plans to transfer to SUNY Oswego and major in Mental Health.

The honorary degree is the highest form of recognition offered by the State University of New York to persons of exceptional distinction. OCC is honoring three individuals who have exhibited professional excellence, meritorious and outstanding service, and whose accomplishments serve as examples of the SUNY system’s diverse student body.

Frederick Marvin (posthumous) – Marvin was a world-renowned concert pianist. His generosity led to the creation of an endowment in his name to support Music majors with a specialty in Piano. He also gifted OCC one of his prized Steinway pianos for students to use along with a collection of musical works.

Margaret M. “Meg” O’Connell – O’Connell is the Executive Director of the Allyn Family Foundation, a private organization committed to supporting Central New York. She is spearheading the development of a new building in downtown Syracuse which will house the Salt City Market. She has served on numerous not-for-profit boards and was Interim President of Onondaga Community College during the 2012-2013 academic year.

Dirk Sonneborn – Sonneborn served as the Executive Director of the Gifford Foundation from 2011 to 2018. Prior to that he was the Vice President for Development and Marketing at the Central New York Community Foundation, President of Exponential Business Development Company, and a Certified Public Accountant since 1980. He has served Central New York as a member of numerous community organization boards.

The ceremony can be viewed live online at www.sunyocc.edu. 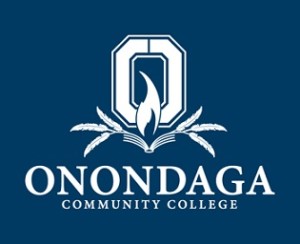 Onondaga Community College is a two-year college located on a 280-acre campus in Syracuse, NY. OCC operates under the State University of New York (SUNY) system and is locally sponsored by Onondaga County. Bachelor’s, master’s and doctoral degrees are available on campus through the Regional Higher Education Center. OCC is an Achieving the Dream college and has been named a “Military Friendly” school by G.I. Jobs Magazine for its service to student veterans. The College’s commitment to sustainability and environmental responsibility has earned it recognition as one of “The 10 Best Green Schools in America 2018” by The Knowledge Review, a “Green College” by the Princeton Review, a “Cool School” by the Sierra Club and a “Sustainable Campus” by the Association for the Advancement of Sustainability in Higher Education. A 2017 report titled “The Economic Value of Onondaga Community College” shows students enjoy an attractive 18% rate of return on their educational investment. For every dollar of support from state and local governments, taxpayers see a return of $6.70 on their investments. OCC’s 17 athletics teams have won 15 national championships. Learn more about what’s happening on campus at www.news.sunyocc.edu.