Senior Citizen of the Year

Bob Luongo, of Syracuse, NY, also known by his work name “Bob Barker” was selected as the 2016 Onondaga County Senior Citizen of the year. He lost his courageous battle with cancer on April 29th.  He will be honored posthumously at the Celebration Luncheon on May 19th. He was born in 1939 and grew up on the North Side of Syracuse. He built a hot dog cart by hand and took to the Syracuse street corners in 1981.  He had multiple hot carts throughout the city of Syracuse and two indoor restaurants – one on Park Street at the Regional Market and one on New Court Ave in Lyncourt which he operated with his wife Jan and five daughters. He adored his thirteen grandchildren and one great grandchild due in July. He was a hot dog vendor by trade, but his first concern was always for those, in need.  He was a smiling, friendly face who was kind and generous to everyone.

Bob continued to participate in local community events, parades and visiting nursing home resident’s despite his own health issues.  His attitude and spirit were amazing.  He said he would always continue to volunteer his services and time to our great community and he did.  He believed that today’s generation will inherit the future and his being a good role model could only help.

Esteemed Elder of the Year 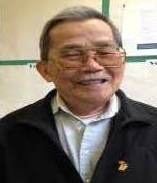 Vinh Dang, of Syracuse, NY, was an officer in the Army of the Republic of Vietnam, fighting against communism, alongside Americans for over ten years. After the fall of Saigon, he spent over seven years in a Communist re-education concentration camp because of his association with the United States. When he was released from prison in June of 1996 he was allowed to come to Syracuse, New York through the Humanitarian Organization (HO) together with his wife and children. He is committed to enhancing the lives of all he encounters using many different skill sets. Mr. Dang served as a Neighborhood Advisor for almost seven years and when he retired in 2007 he took a volunteer position as advisor for the Community Executive Committee where he continues to work to better the community we all live in.

Mr. Dang worked with the city of Syracuse and Onondaga County to grant a proclamation to recognize the former South Vietnamese flag as a symbol of freedom and for those who fought alongside America in the Vietnam War to be recognized for their service and sacrifice. He is also a founding member of the Vietnamese Senior Association. His credo is “For others first, then for own.” He lives this each and every day. He makes himself available to anyone who needs help. He is now 86 years old, is a caregiver to his wife Phuong Nguyen; they’ve been together for more than half a century, yet he still gets out daily to assist others whenever and wherever he can.

Senior Services Honoree of the Year 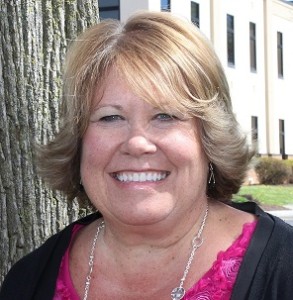 Diane Weiermann, of Camillus, NY, has been employed by AccessCNY (formerly Enable) for 30 years. In her current role as Program Director of Outreach Services Diane has touched the lives of hundreds of seniors living in Onondaga County.

Although AccessCNY primarily serves individuals with disabilities, the Outreach Department can help anyone, of any age, who requires assistance with a one time or ongoing need due to illness, injury, or just the normal aging process. Diane’s commitment to seniors is unwavering.  Once she connects with a senior in need, she becomes his or her strongest advocate.  Her primary goal is to have each senior live in his or her own home for as long as it is safely possible.

Diane helps seniors enroll for benefits, find doctors; secure home repairs or environmental modifications; find legal representation, and often accompanies individuals to medical appointments. Diane stays involved until every need is addressed and the person is comfortable and satisfied with the changes in his or her life.  Once someone is on Diane’s “list” that is where they stay. Months later, Diane will call just to say hello and may even pop in for a visit. Diane’s warm and engaging personality is always welcome.  People do not forget her laugh or how respectfully she has treated them.  Diane’s special talent is how intently she listens, empathizes, and then puts a plan into action.