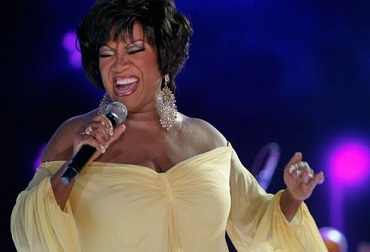 All Shows, Plus Demo Derby and Monster Truck Shows, On Sale July 15

Jim Gaffigan performs on Friday, August 28. Hank Williams Jr. takes the stage Sunday, August 30. Patti Labelle performs on Thursday, September 3. All shows begin at 7:30 p.m. Tickets for all three shows will be priced at $20 and $15. Tickets go on sale at 9 a.m. Wednesday, July 15 online via the Fair’s official and only online ticket seller, etix.com, and in person at the State Fair Box Office.

“From the beginning of planning for this year, we have been thinking about ways to thank fans for four decades of loyalty to the Grandstand shows. While we can’t roll prices all the way back to the level when Charley Pride played the very first show here in 1976 for $6 and $3, we can push them back to a level where many more people can enjoy these shows by these legendary performers,” Waffner said. 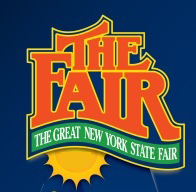 Jim Gaffigan is a Grammy-nominated comedian and New York Times best-selling author. The father of five’s most recent standup special, “Obsessed,” premiered at #1 on iTunes and earned a nomination for ‘Best Comedy Album of the Year’ at the 2015 Grammys. In 2013, Gaffigan’s first book, “Dad is Fat,” spent 17 weeks on the New York Times Bestseller list. His second book, “Food: A Love Story,” debuted at #3 on the New York Times Bestseller list. Jim Gaffigan will serve as Executive Producer and star in “The Jim Gaffigan Show,” premiering July 15 on TV Land and Comedy Central.

Hank Williams, Jr. will record his 37th album on Nash Icon Records with music expected later this year. His five-decade career continues to add to an extremely impressive resume: 70 million albums sold worldwide, 20 gold albums, six platinum albums and 13 chart-topping albums. Williams. has been named ACM Entertainer of the Year, CMA Entertainer of the Year and BMI Icon in addition to winning a Grammy and being inducted into the Nashville Songwriters Hall of Fame.  His hit song, “All My Rowdy Friends are Coming Over Tonight,” was reworked to become the theme song to ABC and ESPN’s Monday Night Football for many years. Chris Stapleton will open the show.

Patti LaBelle is a Grammy Award-winning singer, author, and actress who has spent more than 50 years in the music industry. She has been inducted into the Grammy Hall of Fame, the Hollywood Walk of Fame, the Apollo Hall of Fame and the Songwriters’ Hall of Fame. In 2005, the World Music Awards presented her with the coveted Legend Award. Patti Labelle has sold over 50 million records worldwide and Rolling Stone Magazine included her on its 100 Greatest Singers List. She is known for the iconic song “Lady Marmalade,” and other hit singles including “If Only You Knew,” “New Attitude,” “Stir It Up,” and “On My Own,” which is a duet with Michael McDonald. LaBelle is also a noted actress and competed on the recent season of ABC’s “Dancing with the Stars.”

There have been more than 500 performances on the Grandstand stage since its first four concerts in 1976: Charley Pride, Bob Hope, Neil Sedaka, and Bobby Vinton. The Grandstand will host its final four concerts this year. Paid-admission concerts during the Fair will move to Onondaga County’s new amphitheater, located along Onondaga Lake adjacent to the Fair’s Orange parking lot. The Fair and the County have agreed that any ticket to a concert at the new county amphitheater includes admission to the Fair on any day.