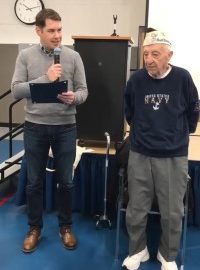 In honor of the significance of Pearl Harbor and those who lost their lives on Dec. 7, 1941, Mayor Walsh had the opportunity to recognize one of Syracuse’s own inspirational residents. Mr. Ed Stone, Navy veteran and survivor of the historic attack in Hawaii that led to the U.S. entering into World War II, is 96 years old and still telling his story. ​

At 18 years old, serving on the USS Pyro, an ammunition ship anchored at West Loch at Pearl Harbor, Stone ran onto the deck to start a generator on the Pyro after a bomb struck a nearby deck and shut off power in the ship. That moment is what likely saved his life. Since moving to Syracuse 69 years ago, Stone and his late wife Eleanor raised their family in here after the war.

As often as possible like today at the Pearl Harbor Remembrance Ceremony at the U.S. Naval Reserve Center in Mattydale, Stone continues to share his story as a survivor. 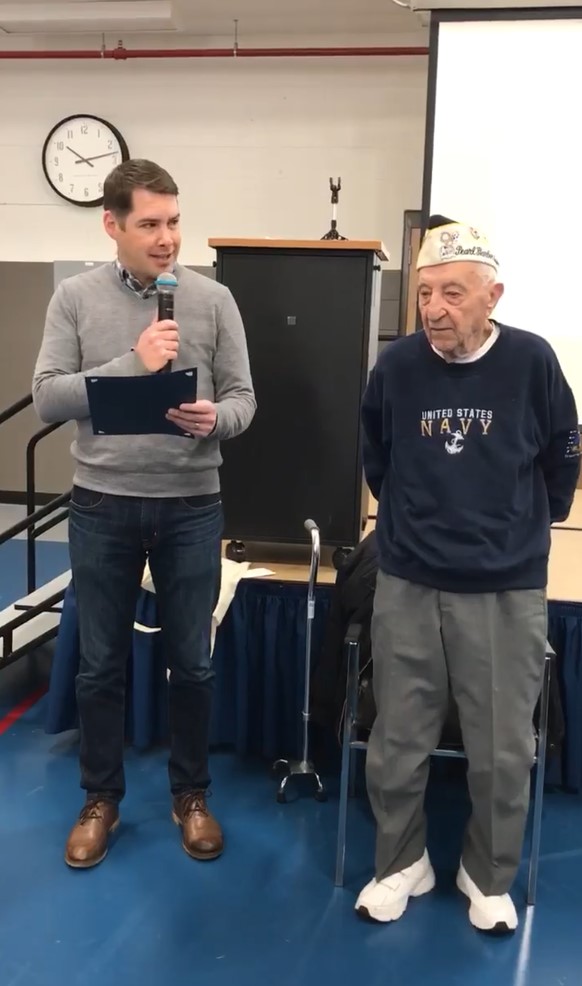 On behalf of the Mayor Walsh and this great city, today has officially been declared “Ed Stone Day.” Thank you to Ed Stone and all those who have fought for liberty. Your service will always be remembered and appreciated.