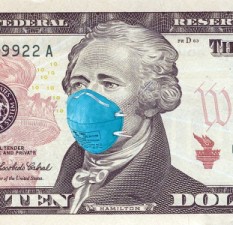 A review of the year 2020 was dark, the only ray of hope was the Presidential Election, the people were going to speak.  However, even that enthusiasm was dampened by the former President refusing to concede. 2020 was the Summer of our discontent, as protests and disease dominated the news for an entire year.  At one point I was asked, “why don’t you just post that Covid-19 stuff where we can see it if we want to”.  Along with deniers, those who wanted to deny what was going on even as the death count increased. ‘Rona made a beeline towards those with comorbidities, hitting the African American community hard, for example if you have underlying health issues you may be more susceptible to contracting Covid-19, and possibly dying.

These disparities were evident in the numbers reported from places like Chicago that recorded record numbers of Black residents were contracting the disease when compared to the white community. These healthcare disparities are duplicated in communities across America.

Being in jobs that are low wage or requiring public contact made the Black Community an easy target. If you work in fast food, hospitality, restaurants, bus driving, maintenance, etc., you are not able to stay home, you have to work, and risk being exposed.

George Floyd’s death in front of the world triggered the largest global response to address aggressive police action ever. Apparently, the United States isn’t the only place in the world where people of color feel oppressed. In Syracuse, for a period of 30 days people took to the streets in the middle of the pandemic to let their voices be heard. As a result, state and local governments took a look at Law Enforcement in their localities, some made major changes. Other municipalities have changes on the drawing board for future implementation.

Police assaulting a Black man on video. Not new, but his time, not unlike footage shown of innocent protestors being beaten and fire hosed on the Edmund Pettus Bridge on March 7th 1964; the George Floyd video was that, “Pettus Bridge” moment for this generation, the response resonated and simmered all summer long.

If that wasn’t enough, handling the constant campaign of lies from the President of the United States created an electoral civil war. The traditional “Bully Pulpit” of the Presidency was used to divide instead of uniting. Telling supporters early on that if he did not win it would be due to massive voter fraud. He lost and you know the rest. Attempting to disqualify millions of votes from predominantly Black areas ignited the dry kindling of racism.  These attitudes were no longer cloaked, these election result deniers threatened our existence as a democracy. They are actually believing “We” as in their cause, were robbed!

So, as I poured through the columns and stories written in 2020 I came away with the feeling of exhaustion. We’ve been on some type of pause in one form or another for a year. No parades, no movies, no large festivals, recreational activities cancelled, gyms closed. Families have had to distance from each other as healthcare authorities were advising against visiting grandma.

Many of us lost loved ones due to Covid-19 or some other cause, but 2020 was a year of great personal loss for so many people. As President Biden points out so often, “There are empty chairs at the table.”

We wished each other Happy New Year on January 1st  hoping that we left the bad Karma of 2020 behind, then on January 6th  the attack on the US Capital occurred. It’s going to be a long year…