The non-stop party anthems of pop superstar Kesha will bring the first day of the 2016 Great New York State Fair to an energetic close with her free performance at 8 p.m. Aug. 25 at Chevy Court, Acting Director Troy Waffner announced.

Kesha’s first album rocketed to the top of the charts and filled radio and club playlists with hot dance singles such as “Tik Tok.” The albums that followed brought more chart-topping singles, including “We R Who We R” and “Die Young.”  She has also hit number one as the featured artist on singles by Flo Rida and Pitbull.  Kesha’s first single since 2013, the Zedd and Kesha collaboration “True Colors,” debuted at #1 on the Billboard chart that tracks social media mentions and is now rocketing up the Billboard singles chart.  She calls “True Colors” “…more than a song.  It’s a declaration of my truth.” 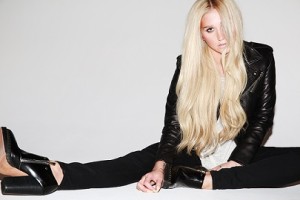 “As Kesha says, the party starts when she walks in. I hope everyone’s ready to party on opening night.  Kesha will get the 2016 Fair started the right way and I know no one’s going to want to miss this show,” said Waffner.

Chevy Court’s 23 free shows are part of the Fair’s commitment to providing the best and most diverse lineup of music available.  Each year, the Fair and its vendors provide approximately 500 free musical performances. Concerts at Chevy Court are sponsored by Chevrolet.

The New York State Fair, operated by the New York State Department of Agriculture and Markets, runs from August 25 to September 5, 2016.  The Fair’s mission, reflected in its theme, “Summer’s Best in Show,” is to showcase the best of New York agriculture while providing top-quality entertainment.