Williams worked in television and radio, was a publisher, foreign correspondent, lecturer and college professor.  He has written 29 books and novels, some derived from his experiences growing up in Syracuse, NY.

The following is an excerpt from a piece “Portrait of a City: Syracuse, the Old Home Town”, written in 1964 by John A. Williams noted writer and native Syracusan. 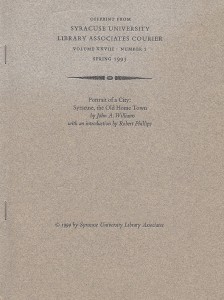 John A Williams, published by Syracuse University;
Portrait of a City: Syracuse, the Old Home Town

Portrait of a City: Syracuse, the Old Home Town

“This was where I lived and grew and was sometimes stunted. Here I romped in the parks, hit the only home run of my life (it was down the third-base line and there was some dispute as to whether
it was fair or foul) and thought at first that all bodies of water had bottoms upon which you could walk while moving your arms and call it swimming. This was where I learned how to ice skate, play
football, basketball, and baseball, and how to play house with the daughters of the neighbors. Here I found books and went plunging through the doors of other worlds. This was where I was taught a
great many myths, but where I also learned a great many truths.

What is this place? Man, it was my home.

I arrived in Syracuse quite early in October last year and went to the real estate agent’s office to pick up the key to the apartment I had leased for a month. I had moved away from Syracuse 11 years before after spending most of my first 28 years there. I had not missed the city, only a few people in it. But I had missed the exhilarating four-phase dance of nature; you feel each of the seasons very keenly in Syracuse. It was not by error that the Iroquois Confederacy chose the area around what is now Syracuse as its headquarters. Nature was most bounteous and seductive there. It still is.

My apartment-which I had secured only because a friend of mine convinced the real estate agent that I was a special kind of Negro, an artist of sorts-was located not in a black ghetto, but on North Salina Street, in the heart of the Italian section. That section, I had learned on good authority, was proving to be the most difficult to integrate…..

……I stood at the window and looked down at the street. It was quiet. Church was over. Syracuse is a church city. There are 252 churches and synagogues throughout Onondaga County, encompassing 28 denominations, and Syracuse is the county seat. Fifty- three percent of the people in the county are Catholic.

I had been across America five times and had flown over or sailed on five of the seven seas; I had visited three continents and been in at least twenty countries. Now I was home again with no pyramids to fill my windows, no sounds of the Mediterranean to wake me, no sprightly calliope music to cheer me as in Amsterdam.

It was just quiet.

Syracuse is a city that traps people. You wait to make your move when the summer is over; summer is a dazzling thing here, with the hills and lawns and trees a lush velvet green. But then comes autumn and the city and the outer edges of it are a wild splash of color: bronze, flaming red, ochre, slowly dying green. No one moves during the winter when the Canadian winds, skirting the western edge of the Adirondacks, come roaring down upon the city. The winters are usually so hard that it takes until spring to get over them, and by then you are trapped again. “

The following is a brief collection of book covers and images. “Click” on image to enlarge.

Collection of the many books, novels, poems and articles published by John A. Williams 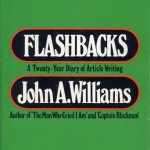 Flashbacks (1973) This was simply a collection of articles, most of which had been published previously. Perhaps the most interesting element was the inclusion of headnotes. These detailed how the pieces were commissioned and why, in my estimation, some were rejected. One editor, upset about my description of him, wrote a letter that was a veiled threat. 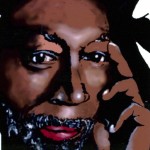 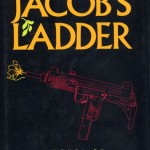 Jacob’s Ladder (1987) Two former “traditional publishers” of mine turned this down. One had said they wanted very much to do it, but then had a change of heart. Eventually, Thunder’s Mouth Press published it. The novel goes back to 1966 and it stays there. It is the first novel that I’ve set entirely outside the United States; the setting is in a West African country. 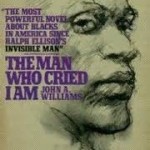 The Man Who Cried I Am (1967) I would have to say that this is my best-known book. I don’t recall when I began it, but I was working on this book when the march on Selma occurred. I was in New York then, but I also worked on it in Spain and finished it in late summer 1966, while living in Amsterdam. 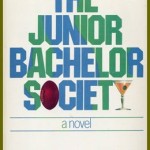 The Junior Bachelor Society (1976) The Junior Bachelor Society was one of those books you have to get out of your system. A tribute perhaps to a better past, or to old friendships, or just a rush of recollection of a time not quite so close to the end of things. The spooky thing about this novel was that just as it was about to come out I got a call from a boyhood buddy in Syracuse. There was going to be a reunion of all the guys and their families that summer. Spooky because there was just such a reunion in the novel. 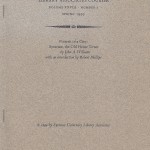 John A Williams, published by Syracuse University Portrait of a City: Syracuse, the Old Home Town 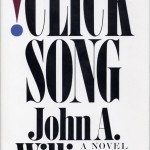 !Click Song (1982) This, I believe, is my best novel to date. I did everything I wished to do in this book in terms of manipulating time, creating structure, making historical journeys and corrections, and removing the concept of publishing from quiet, dark offices to glitz and bottom-line business. I also believe the statement I wanted to make about black American artists and their lives came through loud and clear.

John A. Williams online archive can be accessed by clicking on the following link: John A Williams Archive University of Rochester