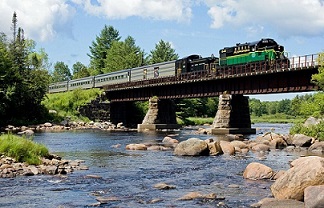 ALBANY, NY (06/13/2016)(readMedia)– The Preservation League of New York State and Adirondack Architectural Heritage support ongoing efforts to preserve the entire historic railroad corridor between Remsen and Lake Placid for rail transport and complementary recreational trail uses. We support the legal challenge by the Adirondack Railroad Preservation Society (ARPS) to the decision by New York State to remove tracks in the section between Lake Placid and Tupper Lake, 34 miles of the railroad, to create a recreational trail.

The lawsuit brought by ARPS makes a strong case that both the decision made by the state and the process used to make it were flawed. Most importantly, the state did not seriously consider nor pursue alternatives that would allow for the continued use and expansion of rail transportation along with a recreational trail. Historic preservation organizations have long opposed the state plan to remove the tracks because it will have an adverse impact on this State and National Register-listed historic and cultural resource. The Preservation League has designated the Remsen to Lake Placid rail corridor as one of its “Seven to Save” endangered sites in New York. We believe that the state’s decision dismisses the importance of this historic resource and the need to protect an important and active part of the state’s cultural heritage 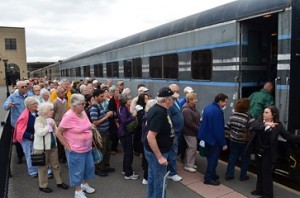 By shutting down the existing use and potential expansion of the Adirondack Scenic Railroad’s northern section, the state’s actions also threaten ASR’s successful overall operations, which are an important economic engine in the region. It will force the closure of Adirondack Rail Explorers, an innovative and growing tourist attraction with thousands of riders in its first year, and another source of jobs and revenue in the region.

The state’s action eliminates forever the possibility of regular passenger service into the heart of the Adirondacks. We believe that New York State should be supporting and investing in the historic, current and future use of the entire rail corridor for rail transportation. We hope the State Supreme Court will make a swift decision to halt the destruction of a significant section of the rail corridor, and reverse this bad decision by the state.