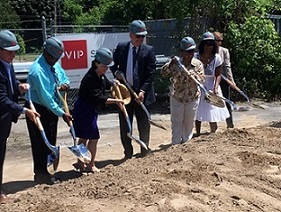 It was June17th, a searing hot day as people gathered to celebrate the ground breaking for the new 37,000 sq ft Price Right Supermarket. The idea was floated by Time of Jubilee Executive Director, Walt Dixie who said after building and/or rehabilitating over 120 homes, “what’s next?”

Dixie hopes to build senior housing as he unveiled his plan for the future of Jubilee Homes. Present at the event were the CEO and others executives from Price Right, Syracuse Mayor, Stephanie A. Miner, Onondaga County Executive, Joanie Mahoney, and a virtual who’s- who in local politics and activism.

Before Time of Jubilee Homes began construction and rehabilitation of housing the Tallman Street and South Ave. there were blocks of vacant lots, remnants of cleared houses. This was one of the most aggressive housing programs ever to operate in Syracuse. In addition to being supportive to Jubilee Homes, the not for profit has also embarked on providing various training programs for area youth. The fresh food venting project Urban Delights began there.

The organization was also instrumental in creating a community garden, where on raised beds, vegetables are now being grown in what is a food desert. That designation will soon be gone with construction of the new Price Right. The  new store will be in the exact location as a former Loblaw’s Grocery Store, which will be extensively renovated to accommodate the new enterprise.

The following is a gallery of photos taken during the ground breaking for Price Right, “click” on image to enlarge. 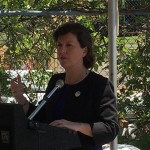 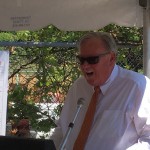 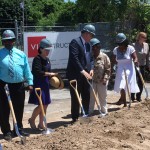 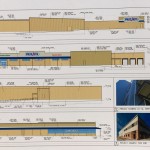 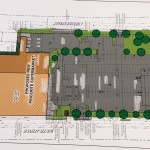 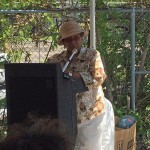 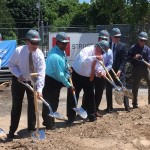 Dixie and members of VIP Construction 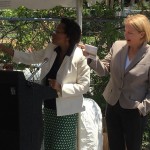 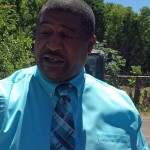