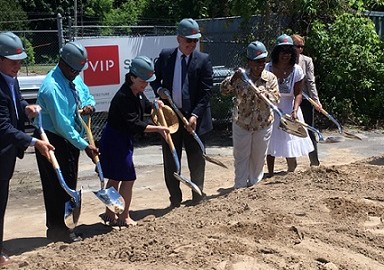 If it takes several months from design, to funding, to groundbreaking to construct the new $30 million dollar Lakeview Amphitheater, why can’t we quickly address some of the systemic problems affecting some of our poorest neighborhoods?

It makes you wonder, why did it take a decade to get a grocery store funded on South Ave? When Wegman’s on Pond Street closed suddenly, officials moved economic heaven and earth to get Top’s Supermarket’s to come in.

It’s great for the South Ave. neighborhood to have a supermarket; it will be located on a site that was once home to a Loblaw’s Grocery Store. 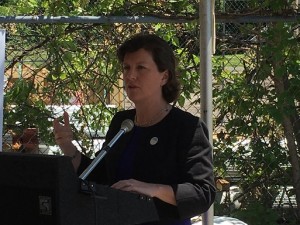 At the ground breaking there were representatives from every branch of government, proud to have participated in this long sought after funding effort. And throughout the ceremony, speaker after speaker noted how difficult it was to get this project funded.

Price Right’s funding resembled church members reaching for the change out of their pockets, “oh here’s some from the state” and, “here’s a dime from the county”, “I got a dime over here”, “I got fitty-cent” and so it goes.

For the African-American community of Syracuse, these funding sources are providing scraps from the table of economic development.  What’s spent on the needs of the Black community is a mere pittance compared to our city and county’s fiscal support for non- fruit bearing economic development schemes. Some stated goals are as obtainable and useless as advice from Tory Spelling’s Psychic Advisers.

How many times have we heard,”Blah,blah,blah, will retain 5 positions and add 60 jobs in 5 years”  and the other one, ”Our plan is to locate new jobs within 5 miles of those in need of a job.” 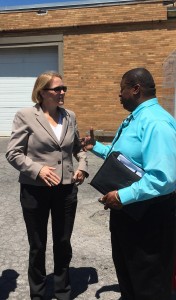 It appears as though when New York State, Syracuse and Onondaga County elected leaders, really want to do something, they somehow, someway, get it done. Finding the requisite funds, and yet, when it comes down to economic development for those at the lowest end of the economic spectrum, we are just beginning to hear that, “we have a poverty problem”.  After stating we have a poverty problem the official goes silent. (Insert sound of crickets chirping here.)

Despite figures showing 65.2% of African Americans living in census tracts dominated by extreme poverty, there’s no sense of urgency to deal with systemic causes. The life draining poverty in Syracuse’s has its cost. And perhaps the local violence we’re watching on television and social media are the result. 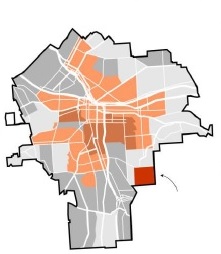 There are many unique and successful models for economic development in poorer communities, but we don’t utilize them.  Instead, everything is tied to future plans on paper that promise economic resurrection.

Several thousand jobs have been committed to innercity residents according to our recently awarded $500 million dollars over 5 years, “From the Ground Up” a competitive regional development plan.  When these projects talk about economically empowering the poor, specifics go out of the window. As the From the Ground Up report goes,” within 5 years, we’ll create over 2,500 jobs for those living in the poorest areas”.

If we can drop 30 million here, and 50 million there, then certainly there’s enough money available to craft a comprehensive, inclusive plan to rebuild our urban neighborhoods’ commercial core regardless of zip code.

The demographic landscape of Syracuse and Onondaga County is changing. People with wealth are moving downtown and into some of our city neighborhoods. Downtown is a robust real estate market for apartment renters and condominium buyers. Businesses’ relocating to the city’s core has accelerated, giving those living in newly developed upscale urban neighborhoods amenities they desire.

We have the largest retail center in New York State with Destiny USA. Syracuse University has just unveiled the plan for a re-imagined university with an On-Campus Community complete with campus neighborhoods.  All housing including South Campus, will be incorporated into the main campus

In the meantime, in our most vulnerable, poorest neighborhoods we have to pass the hat to State and local government officials for teeny-tiny plans and projects. It took a decade for a much needed grocery store to get funding, 4 months to finance and build the Lakeview Amphitheater and a New York budgetary agreement to obtain 50 million dollars to perform an extreme makeover of the New York State Fair.

We’re also spending 1 million dollars to replace the historic train platform that runs along 690, above what was once the New York Central train station. Statues adorn the platforms, frozen in time, as if waiting for the next train. It will look impressive as drivers zip through the area at 60 MPH.

Based on the aforementioned, horses and heifers will live better at the New York State Fair than the poor in Syracuse.